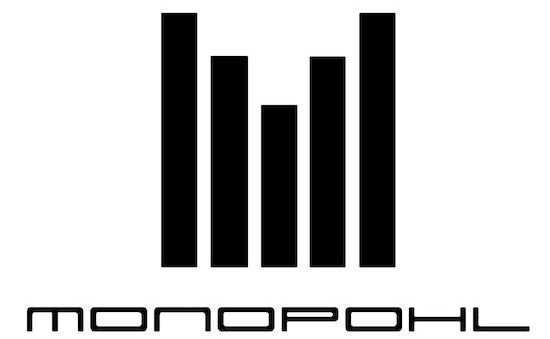 Over the past century, for the otherwise shy and sentimental whose only wares on offer stem from their choicest outlet of expression, music has become ‘The Great Hope’. This may be a lot more people than you immediately suspect.

Take the past few decades in rock music: the guitar rush of the 50s swelled into a colossal wave that has only recently begun to dissipate, if at all. In ‘73, ‘83 and ’93 – everyone was buying the instrument because rock was a new platform to make life-size icons out of ratty anti-social kids; it was a legitimate alternative to showbiz if you wanted to ‘Make It’, and it could be your big “fuck you” to all things ordinary.

You didn’t need a face or money or even labels (though they surely did help). What you needed was depth, luck and perhaps a pinch of social commentary (the demeanour gradually sewed itself on afterward). You could vacuum at chemicals all day and still wring feeling out of that guitar. You could condescend to society and still have its grudging approval. Behavioural baggage was almost expected, in fact, and chalked down to eccentricity. If the dice rolled correct, you could live the good life, you could be a star, the rebel generation had demonstrated over and over that they could love even the average guitar if it channelled the right sound – and, as Radiohead would eventually have had you know, anyone could play the thing too; it was designed to melt lifelong neighbourhood anonymity into overnight sensation, into locally hewed heroes who didn’t have to be nothings anymore. To make things easier, talent was (and remains) subjective to the point of being optional; big acts have historically been built in its complete absence.

Replace the guitars here with DAWs because it’s 2013 and the cycle is turning over again. Gibsons are presumably losing market share to the latest new wave of Ableton Live but, on an oversimplified scale, things haven’t changed that much really. 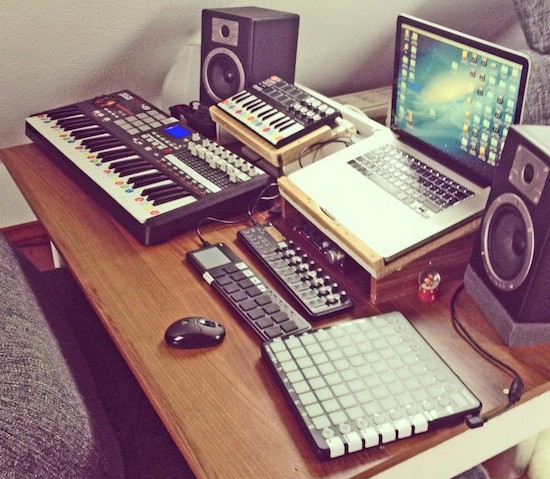 Of course, bedroom production has exploded. The do-it-yourself ethos of cheaply made, independently released records never skipped the underground beat. Among city hopefuls in India, electronica has become a bugle call, rousing thousands into immediate SoundCloud literacy. Inevitably, quick-fix mixes and shoddy remixes abound – but through all that fumbling with culture and originality, there’s also a carefully educated stable of independent artists producing quality.

At the risk of sounding crude and superficial, I think it’s safe to say (in a purely analogical way) that we may have found our new guitar.

Draw the parallels. Bedroom production is flexible, raw and mostly championed on the basis of skill. Best of all, it’s relatively inexpensive.

Most new media are clogged with enough and more words about the positive effect of the Internet on art (both its creation and its dissemination). Even then, it’s difficult to get many people to imagine that the next honest-to-goodness superstar may come from the struck regions of our subcontinent.

It’s even more difficult to find an Indian musician who neither bemoans our ancestral fascination with the West nor wishes he was drinking from the European horn of plenty (that horn mythically brimming through with inspiration, opportunity and widespread acceptance). And why not? Envying the comfort of artists halfway across the world has always been convention, music’s easier to sell as a lifestyle on these fabled continents, easier to earn your keep off. At least, it ought to be.

On an oversimplified scale, things haven’t changed that much really.

That the grass in Germany is inherently more worthy of a smoke we have no doubt, but this piece aims to examine, through an interview with an up and coming German bedroom producer, whether it’s greener as well. 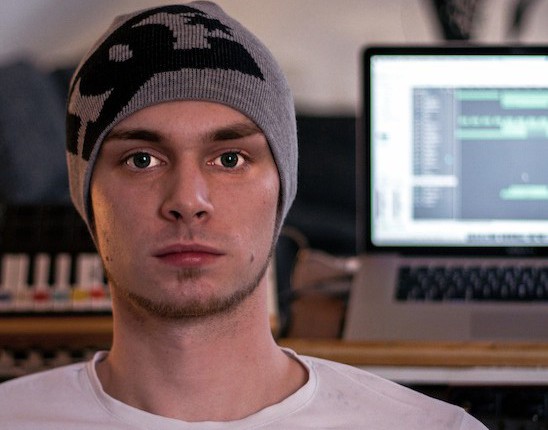 At 22, Julian Pohl (who goes by the handle MONOPOHL) is a contemporary of scores of young producers straining the ropes in India, Pakistan, Bangladesh and Sri Lanka. Juggling a day job at the Bremen production line of Mercedes-Benz, Pohl originally comes from a small town (current population: 15,000). With a new EP Serotonin out on Crossborder Records (a fledgling subsidiary of London label Crossworld Records) and a single on prominent German label Audiolith, MONOPOHL too, echoing the blinking prayer of a hundred thousand SoundCloud accounts, hopes that 2013 is his year.

Through a crash course in the interpretation of broken English, we tried to discover just how different his ambitions and equipment passions, his opinions and tics were from those of a hard-working small-town equivalent back here. The interview is yours to read and any opinions entirely your own to form.

You come from a small town. Have you noticed that a lot of bedroom producers in Germany hoping to get noticed are, like you, from the rural parts of the country these days?
I do come from a very small town, one that’s home to more bands than small producers working off laptops. I believe the producers who’re cropping up in fringe regions quickly move to bigger cities. They have to – there’s no place they can play live and get noticed if there aren’t any lounges and clubs.

Migration.
Of a sort.

Does it get tough, with a demanding day job, to factor your art into your day? Do your producer friends also manage to do the same, or have most of them shifted to one or the other full-time?
It is very tough, particularly when I draw the late shift. I find I have no time left to make my music, it´s just sleep, work, shower and so on in redundant circles for up to five days sometimes. Trying to produce something worthwhile between this terrible rhythm is very dissatisfying. My producer friends are either at university or in music production schools, nobody’s really a full-time professional.

What equipment are you using?
I use a MacBook Pro with Apple’s Logic Pro 9 for producing music, and Ableton Live for my live sets. I also own an Akai MPK49, a small Akai MPK Mini and a Novation Launchpad. I mainly use it to control the 64-pattern matrix in Ableton Live.

Signing onto a couple of record labels – is this finally some encouragement after four years of making music?
When I now hear some of the stuff I churned out in ’09, honestly it sounds really cheap. That’s something I never noticed before. It would seem I’m getting more professional. Releases matter because now my work doesn’t just mean having a nice time at my laptop anymore, it’s out on purchase for anyone to download and hear. I’m glad MONOPOHL as a project has achieved its little something.

Do you see your production moving out of the bedroom into the studio anytime soon?
I have my studio here at home, in the middle of the living room. I don’t need anything else, it’s perfect.

Would you eventually want to get into this full-time?
Sure, if I could live off production. I’d certainly try it for a while. 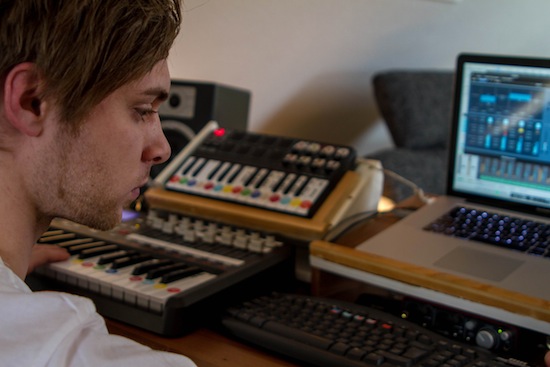 Was it difficult to make the transition to live sets? When did you first start dropping music onto floors?
I’m going to be playing my first professional shows in a few small clubs over the coming few weeks. It’s interesting, live, to split complete tracks and stretch them beyond the studio threshold. What I’ve done so far is performances for friends or spontaneous house parties. I’m waiting to be able to set up the perfect show, the perfect live set.

Do you like where music is headed in Germany, or do you wish you were in a different country sometimes?
Sure the Netherlands as a nation favours electronic music more, and I think they live that life there more than in other countries – but Germany is really cool as well. Especially if your scene of choice is deep house or minimal, then you should definitely move to Berlin.

Does the Berlin scene influence you and many others like you?
About once a month, when I make a slightly slower 122 -125 BPM deep house track to complement my usual aggressive blend, I’m greatly influenced by the Berlin scene.

What big developments in the house scene in Germany do you see that you want to be a part of?
Please don´t just call it just house, that’s such a wide-ranging tag today.

What would you rather it was called, then?
What I’m producing is electro-house or electronica and deep-house. Over the last few years, house music has become very difficult to comprehend. Nowadays there’s actually some R&B branded as house; sad but true.

How is the scene in Germany right now, tough to break into at the start when you don’t know anyone?
I do think people want to hear a new style. I think that, especially in Bremen, there is too much Top-50 chart music playing everywhere. It’s come to that you can´t have a nice evening for lack of good music. So I figured that if I produce alternative tunes, electro-house or complextro, it’d be received well in a mid-sized city.

Do you plan on living the Deutsch Dream and shifting to Berlin to get into the music industry full-time eventually? Do many people in Germany want to do this?

The Deutsch Dream, I’ve never heard that one before. Many of us want to do this though, it’s true, some of my friends included. I don’t want to move to Berlin myself – I think it’s nice here in Bremen. It’s not too big, and like I said I come from a very small town. I don’t know if I’d manage in a city that big.