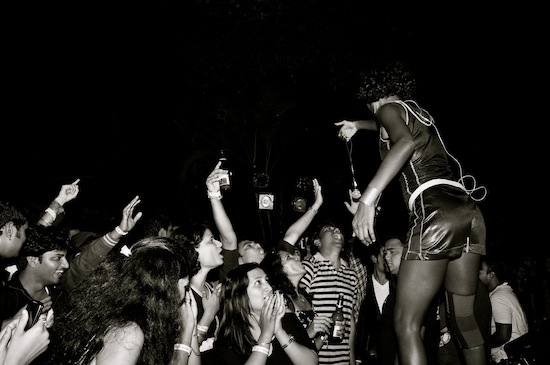 Though official documentation about the place might lead you to believe otherwise, Pune is not quite a city nor is it a town. It’s stuck somewhere in between. Best known outside its boundaries as an educational hub, it’s host to more than a few students from all parts of the country who’ve brought along their own tastes and cultural identities which they’ve thrown into the fray. To aid this influx, the denizens of this place are becoming conscious of underground artforms thanks to the internet. The result is a solid demand for strong independent talent. However, there’s a slump on the supply front.

The archaic laws still in action render the process of running a venue and curating cutting edge indie talent impossible. For starters, all semblance of a nightlife is driven to dust by a draconian eleven o’clock curfew. Most established venues are corporate organizations that have their focus firmly pinned on profitability; overpriced dine-in joints that host bands just because they happen to have a stage. It wouldn’t be exaggeration to claim that most of their music programmers’ go-to guide is Rolling Stone. The situation is that bad.

Safe in the retina of this whirling shitsorm stands High Spirits. Without a smidge of doubt, it is the only venue that cares about and caters to indie sensibilities. Founded in 2005 by owner and proprietor Khodu Irani, it is constructed on the site of what once used to be his uncle’s bungalow. “My uncle rented it out to this lady who used to do Satsang here. So yeah, from one high to another, that’s how it went,” said Khodu. We were sitting inside a small office room concealed behind the bar so the music and conversation won’t leak into my phone’s built-in recorder. 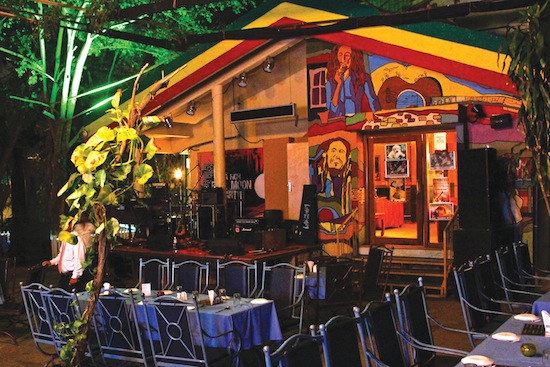 In its initial years, Khodu revealed, High Spirits was a very different place from what it is now. “We were finding our space, trying to understand what we wanted to do,” he said. “We started out as a retro bar, playing only retro music through the week. Eventually, we started getting cover bands to play. From cover bands we started doing different kinds of themed events. From themed events we moved to underground music. This continuous evolution occurred, but we kept evolving based on what I liked doing. If I thought something was fun, I thought I should do it.”

So at what point during this evolutionary process did underground music enter the picture? It happened circa 2006-07, with Khodu meeting Rahul Chatterjee, the lead guitarist of a band by the name of The Beat Root Blues Band. “He was the guy who told me I should explore doing stuff like this. So we began getting down a lot of small independent acts. There was Beat Root Blues, Nada Bramha, Bindu Babas to name a few. As time progressed we began to explore more genres. But that’s how it began.” 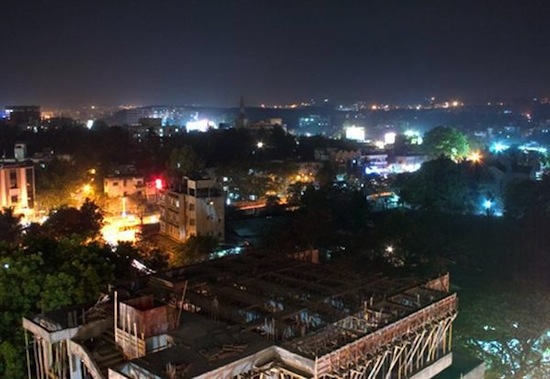 Between then and now, a roster of ridiculously diverse acts has performed at High Spirits. From established bands and artists parallel to and (not so) covertly a part of the country’s bestial film industry (Pentagram, The Raghu Dixit Project) to genuine indie outfits from down south (Adam & the Fish Eyed Poets, Sulk Station), just about anyone who matters or should matter has swung around at least once. The eclectic nature of their programme, Khodu revealed, has a lot to do with the complete absence of a music programmer. “If you look at any other venue, they have a music programmer. There’s nobody at high who is programming music apart from myself. People who’ve heard the bands, they tell me, ‘Hey man, you gotta get this band down,’ or ‘Hey man you gotta get that band down.’ That’s how it’s done, I guess”

While the venue was one of the first to begin hosting noncommercial music in Pune on a continual basis and is known for taking risks regarding the acts it hosts, the risks are counterbalanced by a fiercely loyal clientele and certain hugely popular themed nights. Tuesdays are reserved for karaoke, Wednesdays for stand-up and Thursdays for what they call Bladder Burst: a drink-as-much-as-you-can romp that goes on till you’ve got to take a piss. Fridays and Sundays are reserved for gigs.

Despite the night you decide to time your visit, you’re likely to bump into not a few permanent fixtures. I asked Khodu if there was anything to which he could attribute the loyalty of his clientele. “There’s a lot of personalization that goes into High Spirits,” he said. “So I try to talk to everybody and that goes a long way. People like it when you take time out, listen to what they have to say, check their stuﬀ out. That’s how it works, I guess.”

The most debilitating obstacles the proprietor of any kind of venue is liable to face in a place like Pune originate with the law. When asked about the biggest challenges he faces running High Spirits, he didn’t hesitate a moment before saying, “Biggest challenge is the law. Most of the laws are very diﬃcult to follow here so you have to tread. cautiously with what you do.” Here’s a couple facts to further illustrate his point: you’re obliged to pass thick wads of cash to officials in khaki if you intend to keep your establishment open past eleven. The licensing laws are rusty enough to cause tetanus. And the legal drinking age in Maharashtra is twenty-five.

“It’s the laws that are badly made. So if anybody wants to harass you, there are ten things they can bring up with which they can try to get at you. And when there’s a complaint, an oﬃcial doesn’t have a choice. It can be a good oﬃcial, a bad oﬃcial, whatever it is, he/she doesn’t have the choice at that point but follow up on that complaint. Stuﬀ like that is always there to deal with so you deal with it. It goes either way: some people are really nice, some people are… It’s about luck, I guess.”

To sum it up, High Spirits itself is an independent entity peddling independent talent and giving fans of independent music in Pune their due. But though Khodu might seem sure of where he came from, where he is and what he’s doing, he’s purposefully unaware of where he’s going. I brought up his future plans and his only response was that he didn’t have any. “It’s a journey, man,” he said, “It’s not a destination. It’s about where the journey takes me. Right now I’m doing a renovation in March/April, changing the look of the space, so let’s see how it goes.”