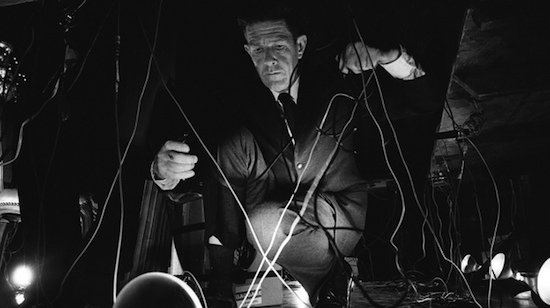 “Electronic sound devices are far less restricted and adverse to absolute pitch and timbre.  A revolution is on its way, changing the way music and sound can be imagined in the near future.” A prophetic comment made by Pierre Schaeaffer (French sound theorist and music concrete visionary) way back in 1972.

“Why does electronic and orchestral music have to be restricted and enslaved to a repeating constant: that of pitch and tempo? Can you imagine music with tempi? (constantly changing tempo).” A question posed by Karlheinz Stockhausen (German composer and electronic music pioneer) in a letter titled “Advice to Clever Children” – Wire Magazine 1995. 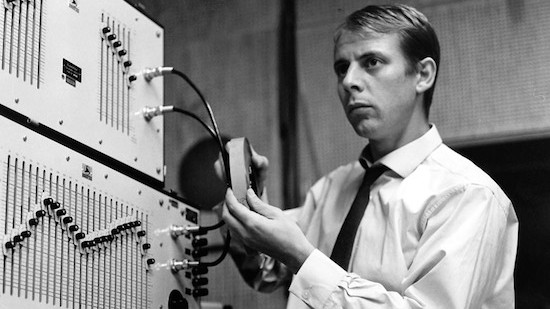 Stockhausen, Schaeffer, Steve Reich, Bob Moog, John Cage and a host of other modernists would relinquish their classical notions and old world instruments for synthesizers and electronic devices to create the foundations of ‘neo-orchestral’ and technology driven music.  These distinguished pioneers, dealing in the future of sound and music in the 60s and 70s, would shape the principles of synthesis and open the gates to a new audio galaxy and endless frequency manipulation. This exploration into uncharted and unheard of sounds would emerge from early modular synthesizers and the “magic of controlled chance”. 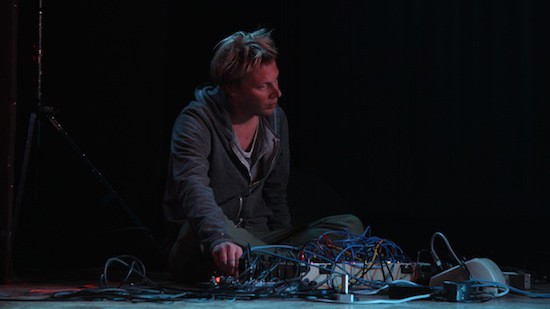 Decades later, music synthesis would become an art in itself, reshaping again and again from a state of ‘medusa’ cables running for miles into a universe of modular, subtractive, additive, fm, modeling, virtual and wavetable synthesizers . Thousands of musicians got sucked into the endless highway of the sound and unsound. Across the world, synthesis of one sort or another accounts for 90% of what we hear in terms of sound and music.

Yet within this 90% enormity of homogenized and industrial electronic sounds, beats, chords, styles, trends and techniques, is a tiny presence, a fringe group of artists who continue to push aside the boundaries of absolute pitch and tempo. Kicking the technological curve to produce what we can’t imagine yet. Always trying to break the pattern, committed to states of glitch and chance, exploring the ‘un’quantized and chaotic effects of sound creation. Effecting the human psych with a medium which is amorphous and androgynous.

“I am exploring instability. Searching the ‘other’ side of the sound spectrum where most composers usually don’t dwell or even reach” comments Lionel Dentan, when asked what his vision of electronic music and sound is all about.

“Over time I have acquired an acute likeness for music outside the standard methods of creation and consumption. With modular synthesizers the journey of sound has become unlimited and the aural possibilities infinite.”  After 16 years of living in India, and having traversed a decade of Indian classical music on the Sitar (under tutelage of Late Ustad Sattar Bhai), Lionel has produced many projects exploring sounds of an electronic and acoustic nature, from various countries and cultures.

Lionel and Ish (Edgecut / Sound Reason) have produced a host of recordings experimenting with concepts of tone, noise and glitch. Several of these compositions have been featured in the Sound Reason Compilation (Volume 1 & 2) produced by Ish in association with Sarai, Goethe Institut and Khoj. This collaboration has further expanded gradually with an international faculty of sound artists/groups such as Rasta Noton and Eisentanz from Germany and Andy Guhl from Switzerland. His extensive participation in the CeC (Carninal of E Creativity) has lead to discovering circuit bent gadgets and his initial foray into DIY synth building ethics.

Captain Dubroshniev, another avatar of Lionel featuring the multi instrumentalist Gena Lavrentiev from Moscow is about ambient, melodic and deep frequency manipulated passages. “We tried to imagine the inside of a submarine, stuck in the Aral Sea. The captain exiled, alone in his cabin with some synthesizers… for life.” 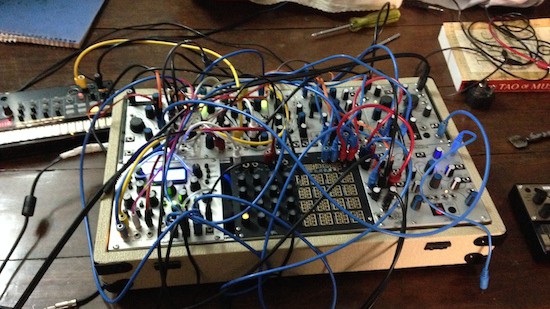 His exploration into synthesis was initially based on extended improvisations using digital and virtual sources. Taking live jabs at synthesizers and drum machines along-with his cohort Audio Pervert resulted in “some far out, near mad sound parties at my house.” Lionel recounts earlier recording and jam sessions circa 2006 till 08, and the involved ‘audio bonhomie’ with synthesizers and like minded friends:

“We would create bizarre and evolving sound atmospheres. Patching in as many instruments one could… I was not really interested in making ‘safe’ dance music just because I had gotten a Roland TR606 or the SH101 or even have to quantize my beats to any constant tempo. I discovered CV and the analog synthesizer signal blew my head off. The improvisation jams would go on for 6 to 8 hours. Leaving us empty and quiet in the head, the next day.”

Over time, Lionel has acquired an array of monophonic synthesizers and boutique sound devices as his main weapons of sound and noise. As contrasting to his understanding of synthesis, his exploration into middle-eastern music structures and instruments (Saaz, Rabaab and Ud) is a vital link to his dual east-west mind-set. 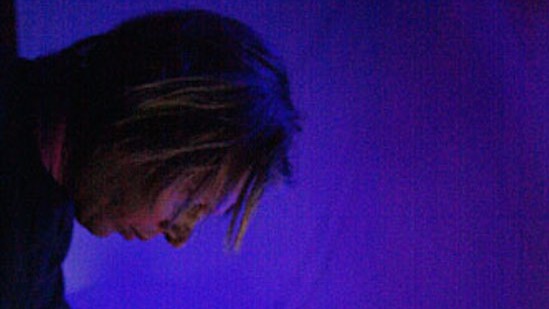 Tell us a bit about the analog sound and modular synthesizers.

Analog devices and synthesizers sound way better, warmer or even crazier than virtual or number crunching models of  synthesis. I have spent years in virtual or digital synthesis and that is all fine to a point. Yet analog synthesizers and their sound sculpting capabilities remain esoteric and special  due to the intricacies of each manufacturer and the hardware which gives certain synths a signature  sound. The reason ‘acid heads’ go wow when they hear a typical 303 bass squelch.

As for the modular systems, it is the final frontier of synthesis. An open system where individual units such as oscillators, filters, ADSR shapers, matrix sequencers, effects, sampling delays etc. can be routed and patched in any logical progression. The signal flow in modular systems is infinite in terms of modulation and dynamic control. A universe in there [pointing to his modular rack]. You decide everything…

Are modular or analog systems as stable as digital or virtual ones?

There are many good (stable) virtual modular synths such as the Nord Virtual and the N.I. Reaktor , for one to learn the basics building blocks for all kinds of synthesis.

Though its easy to understand why the ‘working musician’ or even the emerging ‘EDM jock’ don’t care about modular or analog synthesis, as it takes a while to get musically ‘useful’ results from such open synthesis. There are no presets to dial in and get instant gratification. Guess that is why it is mostly reserved in nerdy, academic or audiophile circles. Though, of late I do see a clear trend in many younger electronic musicians who want to experiment and use analog synthesizers.

What is your approach when playing live?

It has changed a lot over the years. I made many changes in my set-up bit by bit. I prefer to use my modular systems (Make Noise or Intellijel) as my principle instrument for extended and experimental performances. I do like using drum machines and monophonic synths (such as the Korg Volcas and Roland SH101) for acid-house and techno inspired sets. My favourite piece of ‘ambience and dub’ making device is the Moog delay which is a part of my arsenal on most live performances.

I really dig the circuit bent Gameboy along-with the modified Casio SK1 for glitchy, noisy brain- feeder type of music. The semi modular systems such as the Doepfer Dark Energy and the Epoch are reserved for more harsher and deep bass frequencies, sometimes made even worse with the use old guitar pedals (the infamous RAT distortion). 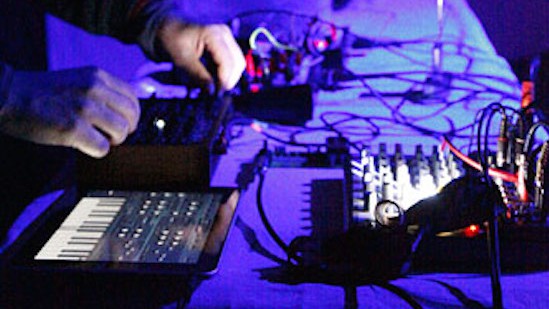