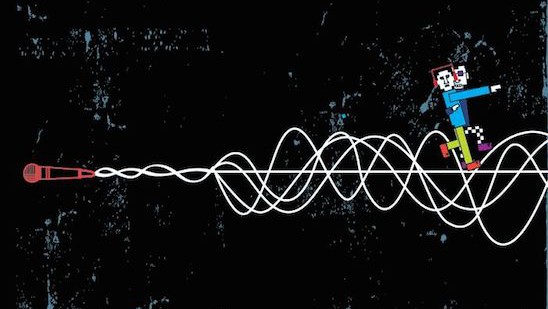 Trifling with an invigorating gamut of sounds, a musician is often presented with an interesting conundrum – one that not only dabbles with the pulse of discovering a sonorous journey but also entails exploring and creating a unique melodic spectrum. Manipulating existing contours within sounds and transforming their identity has led to artistes unearthing a new dimension of experimental music.

What started as a journey with surreal textures and layered sounds has now transformed into a process that enables every individual to simultaneously record, create and reproduce music with a fresh perspective. And, within the world of all that symphonious bravura, lies the art of sampling. While our prerogative has been gallivanting from one spectrum occupied by sound purists to the other where exploring and experimenting with existing sounds form the core of the sonoric realm, the art of splitting the territories of music through sampling or digitisation has enticed artistes for years. Nevertheless, tapping into the collective consciousness of our sounds may have inevitably led to a convergence of sorts with respect to the visceral soul of our music today.

Many Indian electronic musicians have used and embedded traditional sounds ranging from folk, vintage and classical recordings into their compositions. With respect to diversification of genres, a similar trend was felt in the UK Asian Underground movement. Be it Nitin Sawhney or State of Bengal, sampling Indian sounds has always been integral; almost as a neo-oriental practice. 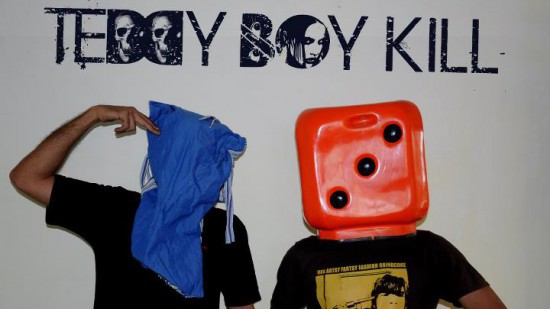 “The trend of sampling has been in existence since technology allowed musicians to sample, record, redub or trigger any sound of their choice and fancy at any pitch, speed and repetition. After the initial wave of sampling of piano, orchestral instruments, drums and guitar, sampling as we know it became an industry at the turn of the millennium. Everything from Indonesian gamelan bells, Carnatic violin, Arab Saz to African percussion has been sampled and digitised. It would be a task to find a legit instrument which has not been digitised yet,” said Samrat B of Teddy Boy Kill.

According to the artiste, there are many producers who have used these systems in the most bizarre and abstract manner. The effort to digitise and realistically replicate musical instruments inside a virtual domain has been going on for more than 20 years now. Every genre of electronic music applies the use of samples whether it is played once, looped or even altered.

And in India, the scenario is no different. There has been an increasing number of composers who have spent a lot of time searching and collecting sounds from the past including those that don’t belong to any musical realm such as urban noise and field recordings, – reinterpreting these sounds into their own soundscape and production. And, that is where the interesting or progressive facet of sampling in India is at right now.

“Over the years, the computing power has increased and given musicians a higher platform to research on… As a result, major genres have evolved dramatically over the years and have given birth to many sub-genres of music,” said Chennai-based producer and audio engineer Krishnamurthy Ramesh also known as No Latency. 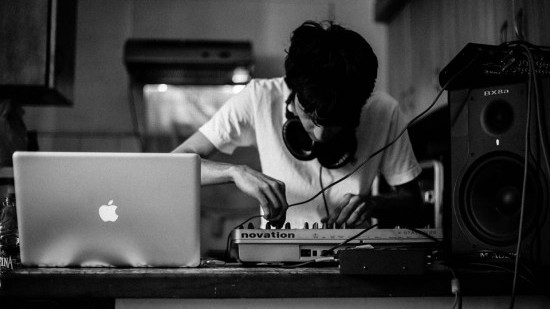 While sampling may have opened up new horizons for musicians to hone their craft with technology, the process of weaving a web of emotions through expressive nocturnes solely lies in the hands of a true artiste.

“The future looks like a healthy amalgamation of digital and analogue routes with many manufacturers releasing small affordable samplers (korg and many more) and software sampler apps for pads and phones. It has never been this accessible before,” said Bangalore-based producer Premik Jolly who is also one of the guitarists of thrash metal band Threinody.

Breaking down the creative process

There are infinite ways of manipulating a sampled waveform. However, the process of constructing a melodic framework and envisioning all the elements coalesce to form a redefining musical entity is unique to every individual. And, artistes often believe that sampling is an unlimited source of inspiration, what you make of it depends entirely on your imagination and creativity. 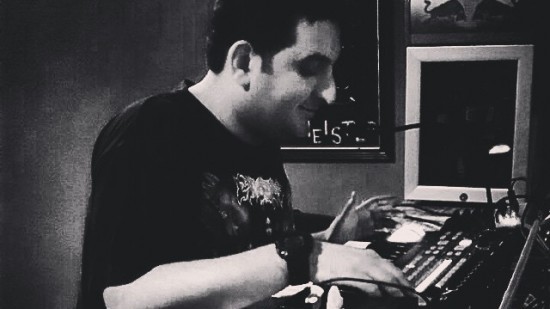 “The best part about sampling for me is that it usually ends up being completely different from its original form,” explains Delhi-based producer Jayant Luthra (Jitter). Recalling the first instance of sampling he ever came across, Jayant was fascinated with Grandmaster Flash using two vinyl to repeat a phrase, cutting it and then using it to create a new rhythm. “What really amazes me is that as much as the feeling of a complete song stands on its own, the 4-bar sample played around with simple tools or just an intelligent building of sounds can create at least a hundred new songs”. On the other hand, Samrat picked up sampling much before the advent of software or computer-based samplers and recorders. The initial process involved Akai S2000 and 3000 samplers and a handful of CDs stacked with loops and one shot sounds chained via Midi with digital sequencers.

“My introduction to sampling was based on hardware – heavy machines – which is very different from current day sampling methods and available systems. Memory was meagre and one had to utilise the digital space and clock efficiently,” explains Samrat. Over the last 10 years, Samrat has felt the need to move away from the industry-friendly and safe-sampling options, veering towards creating an original sample bank and collection of his own. Today, a lot of his sounds and beats are generated via synthesizers instead of samples. He genuinely feels that certain Indian producers depend and almost abuse their production with huge sampling banks and the result is that their music sounds plain and cold (generic and industrial). 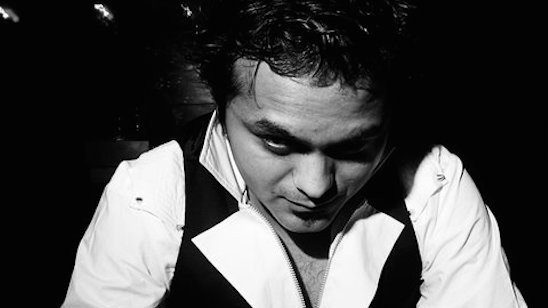 Crafting timbral diversity and vibrant tonal pitch amidst snarling synths, musicians today have perfected the art of aesthetically integrating melodic swarms whilst exploring a chimera of sounds. Although Krishnamurthy loves toying around with samplers and throwing in multiple recordings he has collected over the years, he finds deep joy in creating and emoting a few moments that strike a chord with every individual.

“In ‘All That Talking’, I was playing around with a glockenspiel which was then recorded, sampled and processed into patterns of melodic lines and rhythms. And, that brought out a whole new character to the sound of the instrument. The glock recordings were the percussion sounds, the melodic pads and the fx for the track. This is a perfect example of how one sample can transform into a million things simply by using a sampler,” said the musician

While the possibilities of experimenting with organic and synthetic sounds are endless, every artiste endeavours to achieve a sustainable sonic movement within their sound. And, discovering D.S.P and Granular Synthesis D.S.P programs like CDP (composers desktop) and custom synthesis programs such as Reaktor gave Premik a new direction and dimension to his sampling process.

One of his singles ‘Birth’, has a drone-pad sound that crests and troughs periodically. This was achieved by rubbing the back of an acoustic guitar and the signal was fed into a Reaktor program called Metaphysical Function to generate musical harmonic frequencies. For the bass, he used a few cycles of his power generator, which was then fed to a sampler and a filter. Not only is this process visibly astute but quite effective. 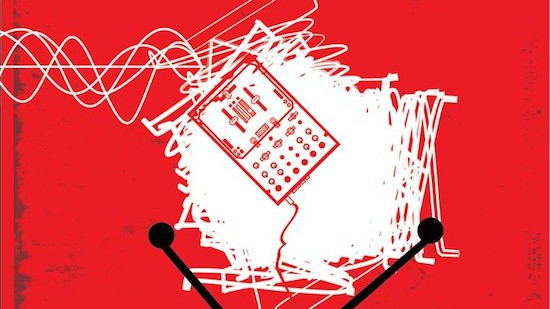 For artistes, it’s almost a spiritual experience to create a sound that truly epitomises who they are. It’s a journey pursued by an individual with unadorned fervour. There is individuality, an identity and perhaps life brimming underneath the melodic layers that cloak the textures amidst aural soundscapes. While some compositions are paeans to melodic excellence others might provide a transcendental experience.

“I think artistes try to express what they experience. And, that evolutionary process becomes a part of your identity. Our country has a rich musical culture and this gives every producer an opportunity to learn, revise and probably seek something that could be applied to their music. Sampling allows such processes to flourish. For example, a sitar player can sample hip-hop beats and make a sitar track with 909 drums or a mridangam player can sample an accordion and create a fusion song,” said Krishnamurthy.

As an evolving medium, music as an art form has progressed considerably in India especially during the post-sampling era. Moreover, with constant exploration of sonicscapes that have managed to generate polyphonic textures, vibrant timbral content and even complex rhythmic movements, artistes have always striven to channel every source of inspiration into their sound. With technology advancing at an exponential pace, understanding the intricacies of processes such as sampling has opened up a broader spectrum for musicians who partake in the dynamism of creating diverse pieces apart from seeking consistency and coherence in their craft. Perhaps, we have now collectively embarked on a journey where awaking the sonorous echoes of our musical identity has become inevitable; where the confluence of music and technology has finally struck an appropriate balance between creative expression and technical depth. Perhaps, it’s time for us to embrace the era of digitisation…