Disquiet : ‘into the heart of noise’ 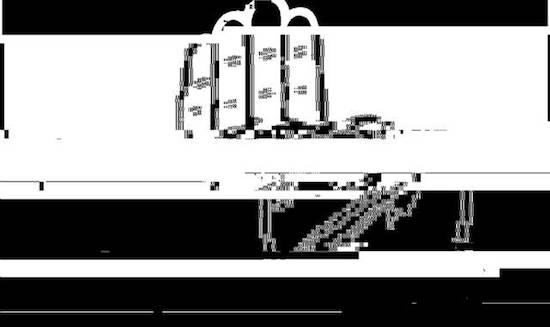 EDM soothsayers and tastemakers gather around tech savvy ninjas, pointing to prophesies that the future of music will be gradually escalating, into noise, utter clamor and mere digits. They cry and snarl at bedroom producers, FM and television companies who abuse the ‘limits off the limiters’ … Yet on this side of the world, at a microscopic yet totally diametric level, exists a committed bunch of artists who love noise and chaos, and the infinite possibilities within. The disquiet bunch. The very few in India, and especially New Delhi thriving live, as ‘klang’ makers, number crunchers, analog convicted, code happy, tone freaked … artists. This scene remains rare.

One of them, in the deep of New Delhi, is Hemant Sreekumar, working his way amidst the urban blasts and boom-shots, his telling of linear music, noise or chaos or whatever you may infer or feel, on listening close. Into the heart of noise, and digital anarchy of sorts.

” I felt imprisoned in Delhi schools through childhood, and eventually escaped the city as an under-graduate student to the Baroda Fine Arts College. I have been messing around with sound, since a very young age, screaming, cutting up tape reels, making strange audio collages ” explains Hemant Sreekumar, India’s most authentic and bona-fide Noise Artist and ‘Software Banger’.

Grounded in his craft and deviant in vision, Hemant has culled his repertoire as a serious aficionado of software generated noise and monochromatic visuals. At 35, Hemant remains elusive and almost antithetic as an artist: in an age of Facebook celebrated artisans and mind numbing music production trends, Hemants stays unitary to his art. Factual and typical to his persona, Hemant recalls “as a kid I was drawn towards glitch and anomalies in the flow of sound. I discovered feedback, effects of distortion and the presence of white noise and static, inside the bursts of a radio”.

Post 2004, Hemant’s tryst with noise grew by leaps, breaking previous notions and discovering the principle tools to feed his acute creative needs. Hemant started writing code on Puredata, circa 2005 while working at Khoj (an important arts and media collective based in New Delhi) and exiting India for a while, taking on a masters degree at HFK Bremen, in 2008.

Can you explain this solitary fondness for White Noise ?

“Noise has a sociological dimension since civilisation considers it as an aberration. As a listener and a performer – noise – works like a masochistic interface – like watching a violent movie or reading a tragedy. It assaults yet excites the senses with its inherent instability and unpleasantness.”

Over the last five years, Hemant has written a sea of code on Puredata, an open source software, which manifests as a gateway into the universe of sound manipulation and real time visual projections for hundreds of developers like Hemant, across the world.

Profoundly revealing his rapport with Puredata, he drives his point home explaining “I conform to the belief that ‘First we make our tools and then our tools make us’. Ableton and other rapid gratification ‘intuitive’ software with their fixed regime of tracks and notion of playing live with a synchronized bunch of loops, gets boring for me”.

He further confides that he is not a live coding artist and that he usually performs with a controller to feed continuous data into his code (which outputs streaming audio and video results).

Your work and your performances remain highly elusive and absorbed by a very niche audience. What is your take on that?

“I feel scarcity builds its own level of excitement and the perceived value which abundance contradicts. I don’t get really bothered by the lack of accessibility. If I really desired to have a large audience, I would get into ballads. In my repertoire there is hardly any steady structure, nothing much of a melody to speak of. I myself get sick of it sometimes.

My so called ‘audio and vision’ is about extreme and dynamic textures using the impact of sound pressure – I feel it’s strategic to focus on a smaller audience that reacts (positively or negatively) to sound and noise. Given that good venues and good sound systems are not easy to come by in India. Curation is an issue as well. I use a lot of low and high frequencies bordering on the infrasonic side, and it is not exactly healthy to be exposed to it when you are having a sit down meal, having a conversation or getting drunk after work.” 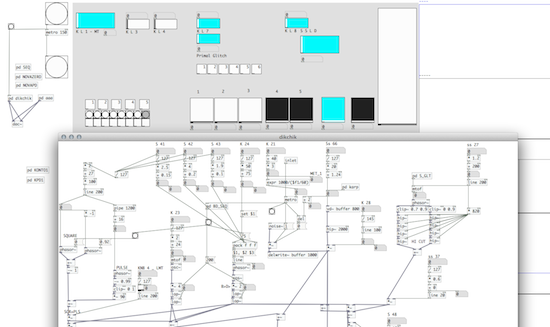 White noise is made up of random frequencies, with equal width and power in the sound spectrum. In other words, a signal that contains equal powers of many frequencies, all at once within a fixed width. Without a coherent pitch or melody, White Noise is present in the ocean waves crashing on a beach, the rustling of leaves, release of steam in a pressure cooker, deep waterfalls, sonar waves of the MRI scanner, the exhaust of a jet plane, random number generators inside a computer processor. All these, and thousands of other natural, invisible and electro-mechanical instances contain White Noise. And lets not forget the much abused rise and fall of digital white noise, in the middle of a Euro-trance banger. White noise to get all those hands up in the air! 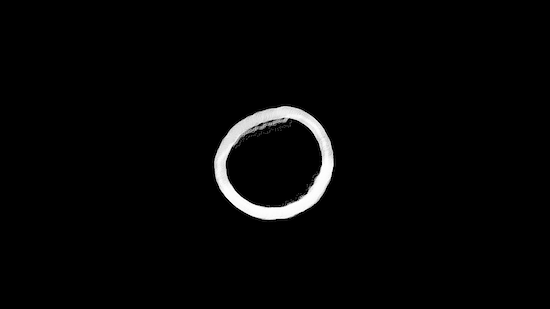