As I enter his house, an iconic impression of the musician remerges in the boundaries of his living room. The versatile performer looks deeply invested in the mechanics of his keyboard, testing different keys to reach an accurate tempo. As I introduce myself, he smiles and gestures me to have a seat. Suparna, his wife, makes an animated entrance, seeming over enthusiastically glib to his contrasting reticent nature.

“We haven’t stopped traveling.” she gushes. “It’s a different experience, everywhere. The culture abroad is very different from that in India. Around two thousand people come to watch every weekend, and the energy is contagious. “

A lush disco beat permeates the conversation, functioning as a fluid background score for the unstructured interview.

You are credited with creating what some have labelled ‘the first ever acid house record’. Were you aware of engendering a defining sub-genre of music going in?

“That time I was mainly working in films. And a lot of times, music directors used to record songs in disco themes. Like the “disco dancer” by Bappi Lahiri. You know?”

I nod, concurring to the only disco reference I was aware of.

“I wanted to do something different from different songs; ragas, so to speak. I decided to add a disco beat to the ragas, which remained consistent through all, but the ragas were all different.”

He continues to delineate the science of it all.

“The baseline is very important. (sings) Na din din dha . I would improvise with the ragas in different ways, but not mix any other note in the raga. Although, in a live show I would give vocals with the raga. The main thing is the disco beat is common but the songs keep changing.” 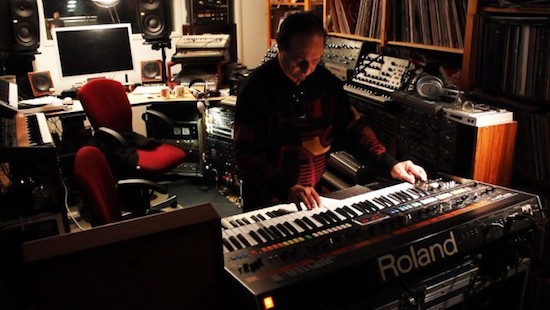 So you weren’t necessarily aware of the “acid house” elements?

What was the experience like with your band “The Charanjit Singh Orchestra”?

“Oh that was in school. How do you know about that?”

I begin to delineate the concept of Wikipedia.

“You’re on the internet?!” Suparna exclaims.

“That was during school. I used to love singing that song “Ive come from alabama” (laughs). I used to sing as a small kid.”

Meanwhile, Suparna rummages through an old photo album and takes lead of the conversation; she tells me about the legendary singer, Kishor Kumar, and the role he played in their harmonious matrimony.

“I was from the world of film, I was a classical dancer. Kishor Kumar decided to introduce me to Charanjit, and that’s how we met. We got married in 78. Its been more than thirty years now.”

A few years into marrying each other, they decided to start singing together.

“I didn’t sing, and neither did she. But one day we just started singing. She said come on let’s sing, I said no problem!”

He plays an old VCD dated to almost ten years ago featuring a duet performance of theirs in Canada.

“We are very popular in Canada!” Suparna beams in delight.

As the soulful melody kicks in, an equally enriched visual of the pair singing encapsulates the screen. I gasp with overwhelmed emotion.

“That’s you! I didn’t even realize. You had curly hair just like me!” Suparna gushes as she takes it all in. 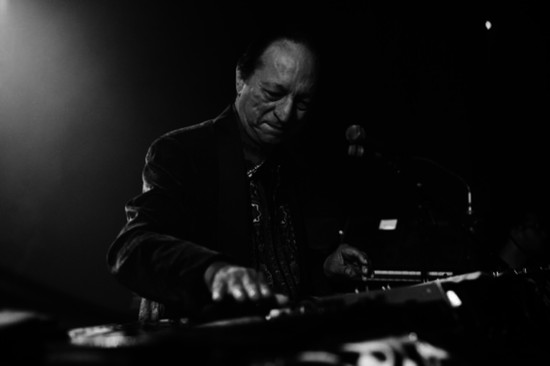 The charm and ease with which they perform, glorifies a sense of enchanting quality to their personalities. However, it doesn’t take from their simple-mindedness in any way.

I decide to continue asking questions.

You stood out in the Hindi film industry with your “unconventional” tastes; turning up at sessions with the latest synthesizers. What drove you to experiment with new equipment?

“How do you know I am unconventional? (laughs) Yes I did work with a lot of different instruments and all the latest equipment. Every time I went abroad I would bring something new. In the morning at rehearsals I was always the one testing . As for different, I always experimented with things. I started playing the bass guitar, R.D.Burman was very fond of the bass guitar. We would play the keyboard together. Sometimes I would play the Hawaiian guitar..(trails off singing hai hai yeh majboori). Everyone had their own edge, today its difficult being your own person because everyone copies each other.”

You have worked with established composers such as Shankar-Jaikishan, R.D.Burman, S.D.Burman etc. Which artist inspired you as a musician?

“All were my favorite. (laughs) Anyone who wanted to work with me.”

“Synthesizing: Ten Ragas to a Disco Beat” was your first original album of electronic disco compositions, combining western dance music with droning ragas of Indian classical music. What inspired you to fuse elements of separate genres?

“When people play ragas they always use the tabla as that is the way they are played, but I wanted to do something different so i used a disco beat instead.”

“Ten Ragas To A Disco Beat” was a commercial failure at the time of its original release (1982). How does it feel post its re-discovery when people deem it as a ” pre acid house cult hit that is way ahead of its time”?

“It wasn’t popular. People didn’t like it, I said it’s no problem. I have no idea how Mr. Edo from Holland found it.”

“He came home and asked me if he could take it with him to Europe. I said yes, I had no idea it would be received so well. I’m feeling the best now that my old work has received some good appreciation. The Indians didn’t understand the tone at that given time. It would play sometimes on the radio as an interlude. Mr Kalyanji heard it once and congratulated me.”

You will be performing at the Magnetic Fields Festival this year. How does it feel being part of a musical event that is magnified in scale as compared to other live performances?

“I will be playing seven different ragas, and my instruments are being shipped from Holland, the Roland 808 and Jupiter 8. Its always exciting to play live.”

“Rajasthan?” He asks his wife, who seems to know more about his schedule than he does. I begin to share my own experiences at music festivals, and they seem intrigued by the new cult of emerging young musicians.

This, I decide, is a rather apt moment to let myself trail off.

This website stores some user agent data. These data are used to provide a more personalized experience and to track your whereabouts around our website in compliance with the European General Data Protection Regulation. If you decide to opt-out of any future tracking, a cookie will be set up in your browser to remember this choice for one year. I Agree, Deny
678