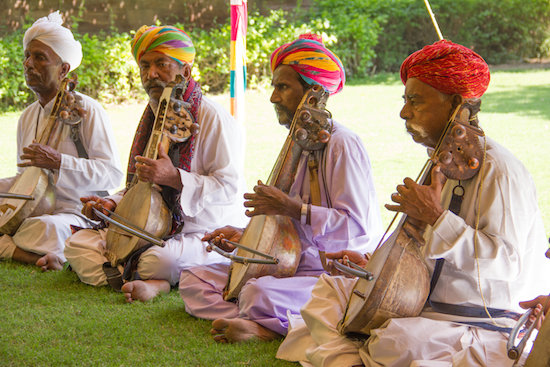 It isn’t difficult to spot the characteristically colourful Rajasthani folk musician with his exquisite yet peculiar set of instruments and attire. He represents a culture that dates back centuries but has only started to receive global attention now.

There has been quite some excitement surrounding the Barmer Boys performance at the Roskilde Festival in Denmark. Susheela Raman’s new album ‘Queen Between’  garnered attention with her collaborations with Kutle Khan and Rajasthan Roots. Folk music in Rajasthan had never been as popular. Over time, artists such as Kutle Khan have become synonymous with Rajasthani folk and have paved way for talented artists such as Mame Khan, Bhanwari Devi, and the Nooran Sisters who have featured on various seasons of Coke Studio @MTV. Here’s tracing the sonorous journey that music of this land has taken in the current landscape of Indian popular and alternative culture.

One can safely say that the initial propulsion of Rajasthani folk into the mainstream has been due to the nature of the music itself – raw, un-embellished, throaty vocals and quaint instruments are a welcome relief to the popular heavily treated electronic music. Rajasthan stands apart from other musically rich regions partly because of its musician’s visual appeal. Rajasthani’s are a vibrant community with their turbans, colourful clothing and folk dance – all of which add to the quotient.

Aishwarya Natrajan, director of Indianuance, who manages Kutle Khan, Susheela Raman, and the Manganiyars, shares her thoughts and experiences about the rise in popularity of this regional music: “Within the music scene, there has been a point of saturation. I remember an old album titled ‘Langas and Manganiyars’ featuring some great artists and soon, over the years there were a plethora of Manganiyar artists.  The avenues grew and so did the musicians.”

At the same time, one must remember that Rajasthani folk is an amalgamation of traditions and cultures that traces its roots back to Central Asian, East African, Mughal and Islamic cultures. It is a highly evolved form of folk music that has been nurtured over centuries through an intricate patronage system. “The music from the region has a distinct sound – a wonderful and moving amalgam of folkloric songs, Hindustani classical music and gypsy rhythms where singing style is accompanied by the distinct sounds of instruments such as the kamaicha, khartaal and morchang,” elucidates Ankur Malhotra, director of Amarrass Records, an eminent label that releases folk music from the region. It is this effortless and colourful blend of so many sounds that makes the music all the more appealing to global audiences. 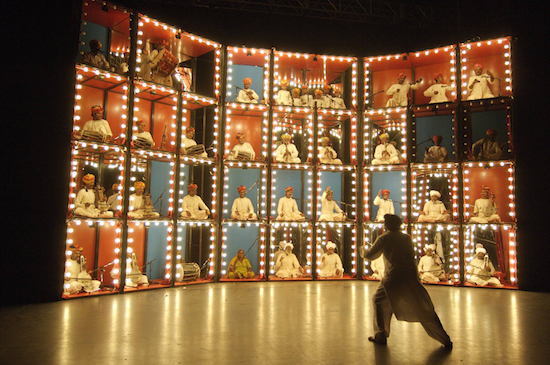 Rajasthani folk performances now feature in a wide variety of events such as weddings, literature festivals, as collaborative acts with other musicians, part of a theatrical set ups (read: Manganiyar Seduction, TV shows etc. There is a desperate need to present something that is both new and has an established presence in people’s minds. The onset of new festivals, alternate TV avenues and radio channels dedicating themselves to folk have contributed to this boom.

N S Padmanabhan, Sr. Manager – A&R Universal Music India avers, “Rajasthani Folk artists have proved to be a visual treat thereby making their performances much bigger and better than other folk art forms from the country. There is decent money coming from live performances, and there are quite a few event organizers across the country looking for a variety of music acts.”

Additionally, government interest has been channelled in favour of tourism and today, there are many bodies that invest in festivals within these regions. Some festivals such as Jodhpur RIFF have acquired notable worldwide status, becoming strong platforms for local folk talent to gain access to the resources necessary to make a name in the international circuit.

The Rajasthan Tourism Department has noted the interest in folk culture, allotting 13 per cent of their budget to the welfare of folk artists. Atul Jhala, Manager at Rajasthan Tourism Development Corporation remarks, “From fashion and music to food and dance, urban and creative crowds are now inspired by the culture of the Maharajas and nomadic people in Rajasthan. Travel agents are also taking an interest in promoting our music after seeing festivals such as Jodhpur RIFF draw large crowds.”

Jhala states that the government has allotted land for nomadic musicians in Jaisalmer and ITV Berlin – who had taken cognizance of their talent and featured an episode with the musicians. “Now, we are promoting our folk musicians in international festivals by funding their flights, visas and accommodation. The media is also covering them and gradually and we now have a lot of foreign visitors back home,” he elaborates. Jhala says that they have witnessed a 10 to 15 per cent increase in foreign tourism, and 30 per cent increase in domestic tourism with the commencement of music festivals.

The road to musical success for a folk musician is not easy, and there are a host of issues and challenges that will need to be addressed. As the patronage structures have changed on the ground, performing for tourists in hotel lobbies and on streets has kept the music going, but has also led to the homogenisation of distinct styles and a loss of repertoire. Malhotra of Amarrass Records believes, “Regional differences in styles and songs have been usurped by Rajasthani songs popularised in Bollywood films. Instruments that are tough to master (such as the kamaicha and the sarangi) have slowly faded away from common use. In fact the instrument makers have all but disappeared, making furniture instead of crafting instruments. The younger generation has also been lured away by modernisation and the tourist trade.”

At the same time, with regard to commerciality, Rajasthani folk has proved to be popular and large conglomerates continue to invest in producing music. The sounds have become celebrated in their own terms with everyone talking about artists such as the Nooran Sisters who, after being discovered by Sneha Khanwalkar, were featured on Coke Studio @MTV. 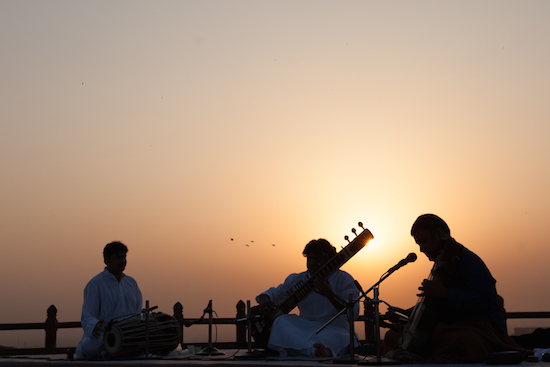 Yet, Natrajan of Indianuance feels that the artists are given step-child like treatment. “In the name of access, publicity and opportunity, their worth is still determined by their social standing.” In this regard, Malhotra joins in saying media interest is needed and important for the success of artists and the scene as a whole. “Music media in India still needs to develop into a formidable ally for artists, one that can influence album/music sales (such as NPR or a New York Times Review in the US).” Natrajan goes on to add, “I also feel the musicians must be allowed the freedom to wear their personal looks instead of cultural identity dictating their style and behaviour on stage.”

Considering all that is needed and the resources that are currently available, one can see that holistically, a new generation of entrepreneurs, artist managers and presenters must come together to work with these musicians to bring their culture from the village to a global stage.