Creating A Scene From Scratch: Asvajit On Jambutek & Electronic Music In Sri Lanka 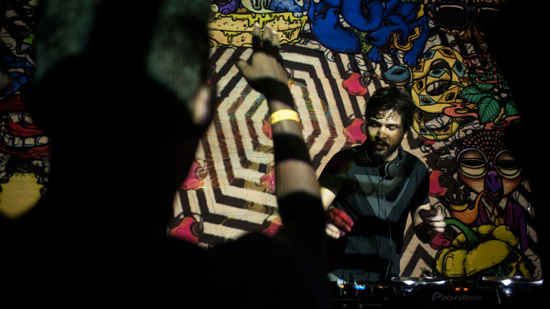 You simply cannot talk about the Sri Lankan music scene without mentioning Asvajit Boyle – musician and co-founder of iconic record label Jambutek and event company Bang Bang. You’ll recognise its symbol – a sour, colourful local fruit known as ‘Jambu’ in Sinhalese. Since its formation in 2014, Jambutek has played a key role in propagating electronic music in Colombo and around, giving its artists a legitimate platform to showcase their work and its audiences a space to learn about and enjoy contemporary sounds through regular workshops, seminars and some of the best parties this side of the world.

Jambutek celebrated its third birthday with a bang in late February this year, taking over a semi-dilapidated club space in the heart of the city (keeping in tune with the German clubbing ideology of reusing and reforming neglected urban spaces) for an all-nighter to remember. The team brought down Hamza (India), Pawas (Germany/India) and Kali G (Morocco) to perform, and of course recruited some of their own artists – BMR selectee Dinelka and Geve performed live along with Sunara giving the audience a taste of local offerings by playing a curated selection of some of Jambutek’s finest releases in the last couple of years. Visuals came courtesy Ruwangi ‘Roo’ Amarasinghe, who has been responsible for all of the labels’ vibrant graphic representations so far, with Cyber Illusions, the same crew that works on the renowned Pettah Interchange. 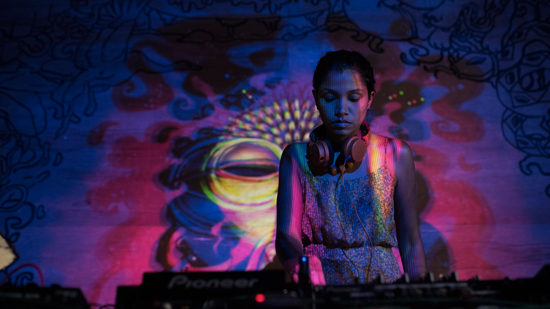 Asvajit founded Jambutek in 2014 and the team currently consists of Nigel Perera, Ruwangi ‘Roo’ Amarasinghe and Givanke ‘Geve’ Goonetilleke. He’s been making music since the mid 2000s, kicking off his career with rock bands before producing properly in 2009. His first EP was released in 2010 and since then he’s had a regular stream of output; putting his music out on imprints in the UK, Germany, India and through his own label.

We got in touch with Asvajit after Jambutek’s third anniversary celebration to talk a little bit about the status of the label, nightlife culture, electronic music in Sri Lanka and where it’s heading.

“The event went really well, and despite a little rain, a relatively serious issue with the sound set up we had no major problems once up and running,” he tells me about the show in Colombo. With about 350 people attending a party that lasted till 7am, admittedly, it sounds like a night to remember. “The best part for me was our label showcase; I curated an hour and a half of music from Jambutek and we got Sunara – a great DJ (and one of the only women in the electronic music scene here) to play out the tracks in a set. The visuals worked really well too, and I was really proud that a country, which just 5 years ago had nearly no one making music could now pull off something like this.”

It is a relevant point – nightlife culture in all of South Asia is only now coming up, but none more so than Sri Lanka, where quantity gives way to quality – major events don’t happen all that often but when they do they are executed with unmatched creativity. The association with Border Movement in particular, has facilitated workshops, seminars and parties – the most well known of which is Pettah Interchange, which gives life to run down, abandoned urban spaces and converts them, for one night only, to massive, pop-up clubs covered in art, throbbing with the sound of music and welcoming revellers inside with open arms. Asvajit has been an integral part of Pettah Interchange since its launch in 2012, helping organise and curate it.

2012 also saw the launch of artist residency Sound Camp – which, along with other Goethe-Institut supported workshops and seminars have provided a tangible benefit to local producers – “The workshops are free and usually have between 10 and 20 participants. The first workshop in early 2016 was focused on synthesis and analogue gear. The second had guest lecturer and one of my favourite producers Dexter Kane from the UK and at the last edition, we invited six local producers to share their workflow methods and ideas. We’ve had a great response so far and hope that we can continue the initiative for as long as possible. It is really great that the Goethe-Institut supports this because it is really doing a lot to open a dialogue between local producers and raise the standards of production. There isn’t really anything else like this in Sri Lanka at the moment.” 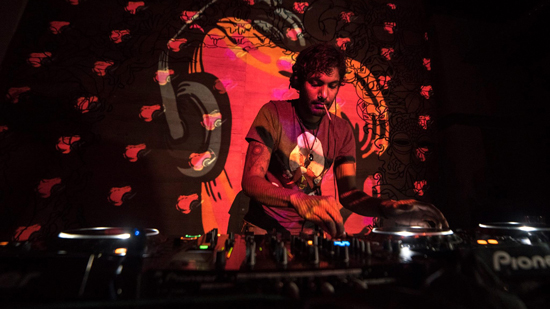 To do all of this is not an easy job. Despite major improvements in the scene since Asvajit began making music in 2010 (over a dozen artists are signed to Jambutek and there have been over 20 releases since 2014) the challenges are real. “Some of the obstacles are faced by most small independent labels: more people download music illegally than buy it, this means that the already small market shrinks even further and it isn’t really possible to make much money on digital sales. Buying electronic music legally in Sri Lanka is not a very common practice, with even many successful DJs continuing to pirate their music, which hurts us even further. Apart from that, despite a lot of producers cropping up, not everyone is at a standard high enough to release music. Then there is the lack of accessibility to equipment, resources and hands on instruction from experienced producers.”

But despite the drawbacks, it’s clear that Asvajit’s in it for the right reasons. He’s dedicated to pushing the music he believes in and sees a lot of talent in local producers, citing a few that are currently on his radar –“My favourite producer and DJ from Sri Lanka at the moment is Nigel Perera, he is only 22 but has a maturity and refinement in both his taste and technique that is far beyond his years. He released his debut EP with us last year and has another great release in the pipeline. I also have a lot of hope for Geve as he has been working hard on his awesome live sets in the last few years and I think it’s a matter of time before he gets noticed for the great work he is doing. I also like a lot of Curio‘s material and feel he is a very competent producer.”

Dedicated to providing a platform for growing local talent and carving a space for electronic music in Sri Lanka, Jambutek has only begun its journey. “We try to focus on music that has subtlety, integrity and restraint. In a market demanding peak-time bombs and wall rattling bangers, we support music that is suited not only for dancing but for listening as well.” They’re currently working on starting a series of monthly label nights in Colombo as well as a podcast and live performance videos. Next year, the team even hopes to release their first physical vinyl compilation.

Maintaining a culture of modern music in a space where there is no foundation to begin with isn’t easy, but Asvajit and his team at Jambutek seem to defy assumption. It’s that unwavering commitment that has, in a span of a few short years, made Sri Lanka one of the most quickly evolving spaces for electronic music in South Asia today. And its future seems to only be getting bigger and brighter.