THE RISE OF ELECTRONIC MUSIC IN COLOMBO

The origins of the electronic music scene in Colombo can be traced back to the late 1990s when a number of pop, hip-hop and R&B groups started to emerge, the most prominent of which were the pop-duo Bathiya & Santhush (The first Sri Lankan group to be signed to a major record label, Sony BMG). The rock music scene in Sri Lanka, which rose to popularity amongst small circles in the mid 1970s, became more prominent in the early 2000s, particularly in the cities of Colombo and Kandy. The local Rock music scene enjoyed relative success and popularity, with bands such as Stigmata, Paranoid Earthling and Thriloka garnering growing fan-bases across the island. Despite many talented individual musicians, the majority seemed unwilling to progress beyond the realm of traditional styles and instruments, the music scene seemed stale to many of those in their artistic peak at the time and it can be said that it was a sense of rejection toward these established, but somewhat stagnant bastions of music that lead to the rise of the first generation of electronic music in Sri Lanka.

Until the mid 2000s, Colombo’s nightclubs remained restricted mainly to commercial hip-hop, pop, Latin music and R&B along with a light sprinkling of commercial house. There weren’t really any electronic producers yet, and most DJs were still working the rather uninspiring mobile circuit; playing at private parties, corporate events and weddings. The lack of exposure to the global EDM scene and restricted access to equipment and technology meant that progress was slow in the early stages. Before the Internet became a viable source of new music, only a fraction of the most commercial electronic music trickled down to local dance floors, making it difficult for DJs to craft unique styles for themselves. With the explosion of music blogs and improved access to both music and equipment in the mid 2000s, the first wave of EDM in Sri Lanka slowly began.

Whilst there was already a small community of like-minded people listening to electronic music at the time, it was the founding of the event company, The Offshore Life, by DJ and promoter Tim Classen in 2006 that really kicked off the EDM scene, giving DJs the opportunity to play for larger, more specialist crowds at out-door events dedicated solely to electronic music. For the first time, DJs began to make a name for themselves by playing newly released music that people hadn’t heard before, rather than dishing out the standard hits as was par for course at the time. A number of events were organized under the brand in the early years of the scene that made a lasting impact on many people who had never before seen anything like the loud, all night events headlined by the acts who would eventually become the big names in the local industry.

The next pivotal event in the evolution of the underground EDM scene was the return of Shiyam Mohideen to the island in 2007. After spending half a decade out of the country, playing at clubs and festivals, DJ Shiyam brought a breath of fresh air to the inexperienced but eager local circuit. Exposing local dance floors to their first taste of genuine underground minimal, techno and tech-house. With his epic sets, sometime over six hours long, Shiyam helped inspire and motivate a new generation of fans and DJs. Shiyam was also responsible for a series of events around the country, including the highly successful “Electronic Revolution” party series. To this day Shiyam continues to be a dominating force and probably the most successful DJ in Sri Lanka, a role model for many young DJs, playing dozens of shows every month and headlining almost every major event that takes place on the island. 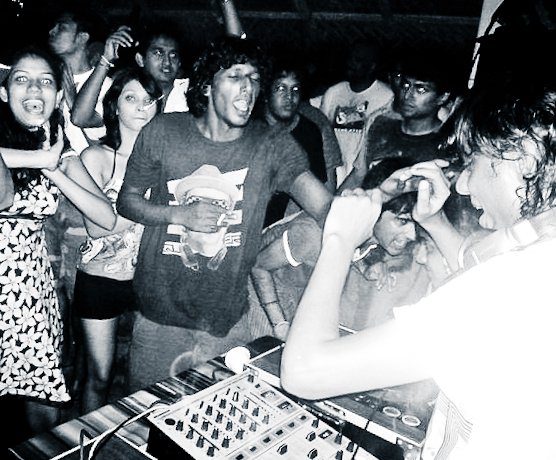 It was during the latter part of the decade that electronic music finally beat its way into the commercial circuit and for the first time, house music became standard fare at popular Colombo nightclubs. Large outdoor events (mainly on the beach on the outskirts of Colombo) that went on all night and sometimes even for days, with big international and local DJs and producers at the helm, started becoming relatively commonplace. Many international DJs/producers including Thomas Gold, Ahmet Sendil, Jerry Ropero and Paul Thomas to name a few, visited the country to perform at large-scale events which proved popular amongst a wider cross section of society than the urban middle class that had populated the scene in its early days.

In 2009, Sri Lanka’s first dedicated EDM club, Underground opened its doors. The specialist venue with heavyweights Shiyam and Tim as resident DJs, catered to a small cross-section of dedicated electronic music enthusiasts’ eager to distance themselves from the commercial scene. Despite hosting many memorable events and providing a platform for those interested in experimenting in electronic music, the project proved financially unviable resulting in the club closing its doors after just six months of being in operation.

The Second wave of EDM in Colombo (2010-2012) By early 2010, the trend of beach parties had reached a point of oversaturation. A profusion of event management companies were being formed and disbanded every week, resulting in decreasing standards of sound, lighting and décor at events as well as the weakening of business relationships between suppliers and DJs. Electronic music events had become the favour of the week amongst local event companies eager to jump on the bandwagon and cash in on the current trend. Many of the pioneering promoters ceased their activities due to negative media attention and the seemingly constantly degrading reputation of such gatherings in the social consciousness.

It was this context of declining standards that saw the foundation of Bang Bang Events – a unique event management crew and DJ collective that was well placed to raise the bar for the local industry. From its humble beginnings as a small group of EDM enthusiasts, listening to new music on the weekends using simple digital DJ systems, Bang Bang is now a force to be reckoned with in the local industry. A collective of DJs, producers, artists, designers and promoters, the crew has hosted over 15 large-scale public shows with both local and international acts as well as dozens of exclusive private events around the island between 2009 and 2012. Always paying close attention to detail in terms of sound, lighting and showing an unwavering dedicated to promoting fresh, non-commercial underground dance music.

Co-founder of BangBang, Asvajit, is also a noteworthy figure on the local scene. A product of the early days of the movement, Asvajit has been at the forefront of developing the island’s EDM sub-culture, mentoring new talent, producing original music, and spearheading a new brand of underground events. His first releases The Hard Boiled EP (2010) and The Fat Albert EP (2011), ostensibly Sri Lanka’s first underground dance music releases, had a huge impact on Sri Lanka’s EDM circuit.

2011 was an action packed year for the local industry. The Franco/German Electronic music project saw DJs from Europe including Gebruder Teichmann, Jackmate aka Soulphiction, DJ Unu, Basteroid and Alex Milan work closely with local acts to put on a series of highly successful club nights. Bang Bang hosted their epic summer parties Grin, Freshly Squeezed and Oh.My.Goat as well as bringing down underground techno maestro Boris Brejcha and collaborating with The Goethe Institut to host berlin based bass sensation Jahcoozi. The Electric Peacock festival in its second year took place at the beautiful Galle Buck lighthouse with headliners Basement Jaxx and Chicane. The heavily overplayed but undeniably successful Avicci also headlined at the Sunset Music Festival, one of the most high end shows produced in Sri Lanka up to date. The Offshore Life brand made a comeback with its intricately detailed event on Ruskin Island, Return of the Gods, featuring all the biggest local DJs and performers. All this took place amongst scores of smaller, but rocking EDM events taking place every weekend throughout the year.

By 2012 a number of other EDM Producers and DJs and live acts have developed including the dubstep/punk-dance project Duck Dog, glitch hop and nu-jazz DJ Sunara, tech-trance and and post-prog DJ and Producer Geve as well as the experimental organic dance music project; Colombo Kinesthetic. Among these new names are the senior DJs who have been on the scene from its early days such as Yazz, DJ Upul, Jay Deep (who currently holds a residency in London) and DJ Dishan from Unawatuna to name just a few. 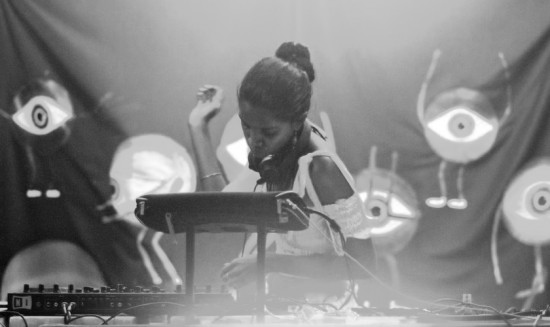 Electronic music has also started a slow but steady crossover onto the stages of more mainstream musical events. Increasing numbers of live music and cultural shows designed to cater to a wider audience than the party circuit and club going public are including DJs and EDM acts in their line-ups. The blossoming of the electronic music scene has resulted in improved fortunes for a selection of the top end DJs as well as sound and lighting suppliers and beachfront venue owners both in Colombo and on the south coast in Galle, Hikkaduwa and Unawatuna.

There are a still a few issues facing electronic musicians in Sri Lanka including lack of access to equipment, educational resources and suitable venues. Due to high import duties on imported electronics and a relatively small local market for devices like midi controllers, synthesizers, turntables and CDJs; the selection of gear is poor despite being extremely highly priced, sometimes as much as 50% more than the retail value of European and American markets. Venue’s suitable for loud EDM events are also somewhat scarce. Apart from beach and club venues there is a definite lack of dedicated space for events of this nature resulting in a somewhat disjointed culture of events. The authorities so far have had a relatively sympathetic view of electronic music events unless they take place in residential areas, though the rising prominence of such events leads many to believe that the EDM scene is no longer flying under the radar of those wielding power.

Lack of educational resources and customer support for hardware and software, as well as prices that are unaffordable for those in the developing world mean that local producers and performers are often hindered. A few projects have attempted to alleviate the problem: these include the founding of The DJ Academy by Tareeq Musaffer (one of Sri Lanka’s pioneering funk and soul DJ’s), as well as the continued efforts of the Goethe Institut and Alliance Francais to promote electronic music on the island with events, hosting foreign DJ’s, and organizing workshops for local producers and DJ’s. The Colombo School of Recording Arts is also about to begin its own dedicated Ableton Live production course for the first time in Sri Lanka.

The Sound Camp South Asia project is set to take place under the mentorship/curating of the Gebruder Teichmann in August 2012 following on from the success of a similar project carried out in Nairobi in 2011 which lead to the critically acclaimed BLNRB album. Another initiative of the Goethe Institut, this project will likely take things up yet another step for the local music scene.