I choose music as my form of expression: Masta Justy 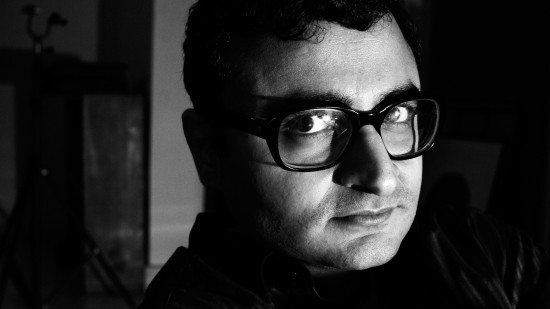 Floating amidst textured layers, musician Jatin Vidyarthi a.k.a Masta Justy’s sounds are interlaced with elements of surrealistic sensibilities. As an artiste, he claims to have set forth on a journey towards the vast spectrum of sonority in order to explore the intersection of sound, rhythm and atmosphere with mood. Although his soundscape thrives on the playful merge of sci-fi, funky and experimental cadences, the dramaturgy of his music unravels vignettes of orchestral tones with a subtle hint of cinematic drama.

For Jatin, making music is synonymous with communicating with the unknown or the divine. He believes in the beautiful phenomenon of human beings, regardless of status or stature, uniting to create something that benefits mankind in its entirety. Quoting from the book ‘Music of the Spheres’ , he says, “Music is supposed to have a role which is far more important than just being an art form or a form of entertainment… It is an integral part of our quest for knowledge and is a far more serious matter than most believe.”

While a few of his compositions (Naamam) are dotted with ethereal sounds that are primarily interwoven with polished textures, most of his tracks (Air Asia, Junior Jackson) unfold elements of suspense and awe. The raw appeal of his sinuous undertones almost always sends the listener into a limbo of melancholic and mysterious nature. Though the meticulous arrangement of his tones and rhythm often indicate that there’s a storm brewing underneath those dexterous melodic layers, what takes every individual on a journey is the eventual calm that gradually sets in within the depths of his music.

“All artists must have a strong identity. Defining and representing an identity is integral to any human experience. We negotiate our own identity with the art we consume, the music we listen to, the films we view and all these reflect who we are. I also believe that it is extremely important for every artiste to dissolve their identity once in a while and connect with nature, new people and even new situations. One must always enjoy and celebrate creation as a whole,” said Jatin whose sound ranges from anywhere between contemporary, ambient, Indian classical influences and a variety of electronic music genres like experimental, techno, UK garage, hip-hop to even drum and bass and dubstep.

Having studied audio engineering in Sydney, Jatin moved to Bombay in the 90s to establish his career as a DJ and started producing music with the Bhavishyavani Future Soundz collective. “I played drums, guitars and keyboards quite early in school. Later, in the mid 90s, I developed quite an interest in electronic music and started experimenting with new sounds and timbres which eventually led to me making my own tunes. I was blown away with the computer and synthesizer and their ability to create futuristic sounds. When we started Bhavishyavani, the main objective was to bring about a massive change through modern music. Since then, incredible changes have happened with respect to our perception of electronic music socially,” said the artist.

Apart from performing at numerous festivals abroad including the Berlin Film Festival and partaking in a sound art residency with Khoj International Artists’ Association , New Delhi, he has also been a part of several extraordinary projects including scoring for a movie titled Miss Lovely by Ashim Ahluwalia which was screened in the Un Certain Regard section at Cannes Film Festival in 2012. The movie saw a commercial release in India in January this year. “It was an absolute privilege to work with Ashim as I had the opportunity of learning the nitty gritty of composing music for a film. We worked on the sound for years discussing the various ideas and nuances of moods we wished to explore. The sound in his films often get into a deep psychological space and tends to get under your skin.” said the artist. 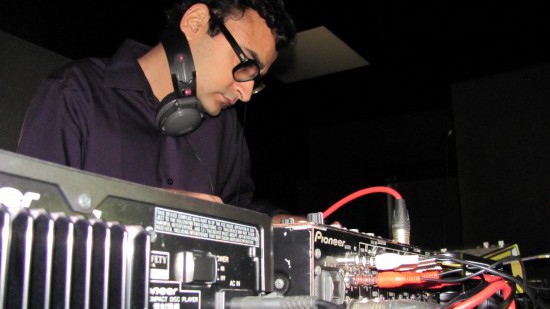 From composing sounds for experimental art installations to contemporary dance routines, his radical experiments with new media artistes and art forms have played a remarkable role in boundary pushing. In 2010, Jatin was awarded a grant by India Foundation for the Arts to create a soundtrack for any silent-era film. He chose Prapancha Pas (A Throw Of Dice) by Franz Osten. “When experimenting with diverse genres, you often come across new sounds. And, that is what I am looking for… Using my music for different projects opens up new dimensions in terms of ideas and techniques,” said Jatin who believes that he can finally see himself as a musician who can not only work on soundtracks for films but also easily slip into the avatar of a sound artiste or DJ.

Deciphering multiple layers of visceral passion and warmth within the contours of his sounds, Jatin’s genre-bending style has garnered him much attention over the years. “I like the fact that one cannot pin point the genre of tracks like Humid, X, and Am I Here. The challenge lies in making something sublime so that it doesn’t sound like it is coming from a computer – instead it has the tonality and warmth of an analog sound. I prefer my music to have subtle sounds that are gradually evolving,” said Jatin who is currently working on the soundtrack for a film installation on ancient mural paintings apart from mixing down new tracks for an EP and a fresh DJ mix. 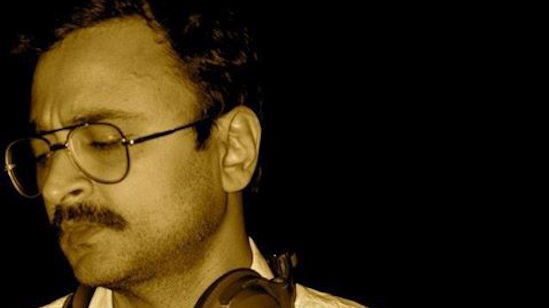 According to the artiste, the sole purpose of good music or art in general is to provide a possibility that has never been explored before, to take a closer look at social issues, people and their emotions apart from the environment that surrounds us. “As a form of escapism, music is great because one can completely disconnect from everyday problems by creating a different world of exciting possibilities. I love that aspect of music – the way it can transport you into another world with just sound,” said Justy.

On the current paradigm shift with respect to music, Jatin feels that the new breed of music producers are no match to legends like Ilaiyaraaja and R D Burman. He also believes that genres like drum and bass, techno, dubstep and hip-hophave reached a point of saturation:“All the good stuff happens at the fringes of these genres. So, if someone is going to play a straight up techno, dubstep track or mix, that seems very old fashioned and boring to me. Having said that, I do feel that there is a change happening here and a lot of younger musicians are experimenting with electronics and music software which is a good thing. They are a few musicians who are trying to do something different like Lifafa, Monsoonsiren and Sandunes,” said the artiste who further added that sometimes when he listens to tracks by younger musicians who dabble in electronic music, he is quite amazed by the quality and depth in their compositions. He fervently hopes that the originality of music improves and such experimental musicians find a stage to perform.

Through endless possibilities of exploring the nuances of sounds and vibrations, Masta Justy simply hopes to stumble upon the crux of his humanity. Although dabbling with swirling textures and timbral diversity has been his forte, his dedication towards intertwining the pulse of contemporary electronic music with meaningful artistic expression is what sets him apart from his peers. “I’m just trying to tell my story or share my experiences through sound. I hope to communicate it well enough for people to relate to it. Artistes choose different media like visual, literature or film to express themselves. I choose music as my form of expression. My role as a musician is to experience life, interpret sounds and translate it into music somehow. It is quite mystical how that happens. My music and life are not very different. I live my music,” said Jatin.

2 responses to “I choose music as my form of expression: Masta Justy”