In South Asia, the young, independent, non-film music communities — the ones with roots in traditional western sounds — remain on the fringes of the mainstream, if at all. They’ve grown almost as countercultures, gradually finding some footing in the culture space of the region over the past decade or so, through dedicated ground work by artists and industry-persons. In such an environment, record labels no longer play traditional roles. Instead, there’s a coexistence of multiple bespoke approaches. What we get, really, are collectives — organisations that, depending on their scale and the interests of the people involved — work within loosely defined capacities within the industry.  END_OF_DOCUMENT_TOKEN_TO_BE_REPLACED

END_OF_DOCUMENT_TOKEN_TO_BE_REPLACED

The tenth Berlin based Border Movement residency saw Dhaka based producer, artist and curator Nafis aka The Black Box Project get selected to spend 2 months in Berlin.

Check out the video below for a glimpse into The Black Box Project’s experience. Filmed in Berlin and Dhaka and created by Petra Hermanova, this video embodies the passage of transition for the artist…

END_OF_DOCUMENT_TOKEN_TO_BE_REPLACED 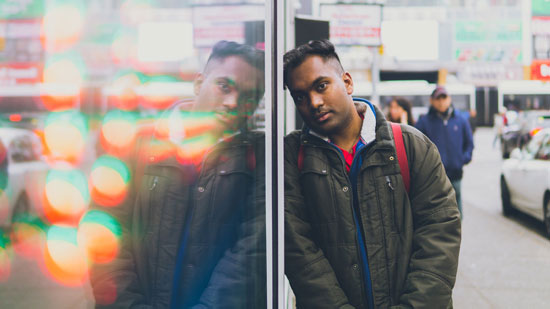 In the last decade, few rappers have been as enigmatic as Big Baby Gandhi (BBG). After releasing two EPs to critical acclaim, ‘Big Fuckin Baby’ and ‘No1 2 Look Up 2’, BBG put out a statement saying he was quitting rap. Once his debut album released at the end of 2013 – leaving fans and critics wanting more – Big Baby Gandhi receded into his private life. END_OF_DOCUMENT_TOKEN_TO_BE_REPLACED