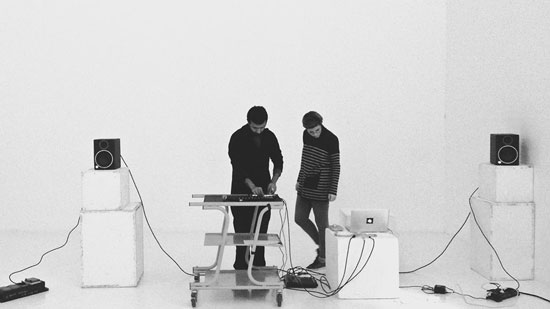 With the advent of affordable recording equipment (and software) and the rapid growth of digital music distribution services such as SoundCloud and Bandcamp, lo-fi (low-fidelity) music has witnessed a phenomenal evolution that has significantly redefined its identity. Coined by DJ William Berger in 1986, lo-fi music, over the past two decades, has left its humble origins as a rock-centric genre behind. Today, its influence extends over a wide array of genres such as hip-hop, techno, pop and more.

South Asian artists have embraced the DIY character of lo-fi music – artfully incorporating it into their creative process that has contributed to the formation of several unique soundscapes. This guide serves as an introduction to some of the best lo-fi influenced artists in the region today.

The Karachi-based songwriter’s work is a surrealistic document of depression and vulnerability. With minimalistic arrangements drenched in a shallow, almost dystopian reverb, ‘Panadol’ is a sonic treat – a vivid portrayal of low-key teenage angst. There’s an innocence to his voice – innocence that betrays his submission to anxieties and insecurities. Shajie’s brand of intimate, forlorn lo-fi indie-pop is the perfect companion for the times you have none.

There’s a profound sense of implacable grief to Slowspin aka Zeerak Ahmed’s arrangements. She attempts to mask it by creating ethereal, gauzy soundscapes that – aided by the fleet footed movement of her voice (a nod to Biophilia-era Bjork), lull you into a false sense of security. Yet, the sorrow persists, lurking beneath the depths of the atmospheric synths, waiting until the final moment to reveal itself in full. Featured by Pitchfork in their piece titled Searching for an Underground Generation in Karachi, Ahmed’s compositions are symbolic of a generation that’s struggling to break free from the violence and torment that traps it.

‘Dream Noise’ is a wondrous, two minute symphony of dissonant, crapped out guitar melodies. Composed by Hassan Hadeed, the track acts as a perfect introduction to the Rawalpindi-based musician’s sonic aesthetic. Hadeed’s arrangements shine when bathed in the fragmented, razor-sharp sounds of his equipment. Using a simple, repetitive and melancholic-pop melody as a foundation, Hadeed manipulates his tones to dictate the energy of his compositions – emphasising his commitment to the genre’s sonic aesthetic.

This Islamabad-based duo are right up there with some of the best instrumental bands in South Asia. ‘Fleeting’ is an evolving, tranquil composition that would be right at home as the soundtrack to the penultimate scene in a Friday Night Lights episode. Despite borrowing heavily from the musical stylings of Animals-era ‘This Town Needs Guns’, Basheer and the Pied Pipers manage to avoid the temptation of indulging in outright imitation by crafting together a nimble, understated soundscape featuring an array of intricate pop.

Bedroom beat-makers have defined the third-wave of lo-fi music. Digital music services such as SoundCloud and Bandcamp ended up a breeding ground for these artists – providing them with a safe space to ruthlessly sample and experiment with any record they could get their hands on. Dhaka-based producer Sonase’s ‘blind spots’ beat-tape is one of South Asia’s standout releases in the genre. His sample selection is spot on – layering bright, breezy melodies that pop over a mixture of crisp, dirty drums.

SOTE’s ‘Hardcore Sounds From Tehran (HSFT)’ is the frenzied, remorseless reaction of an artist driven to the edge of despair. Over the past four decades, Iran’s artistic community has suffered at the hands of a strict regulatory system that was implemented in the immediate aftermath of the Iranian revolution. In recent times, a gradual decrease in these restrictions has led to the development of a vibrant experimental electronic scene in Tehran. SOTE is at the forefront of this movement. ‘HSFT’ comprises live recordings of six of his most recent performances. His work is an unrelenting, ruthless mix of destructive noise and techno. It beats you into submission as it rampages through its 20-minute runtime.

Tehran-based musicians Kamyar Tavakoli and Tegh dropped this hauntingly beautiful collaboration in March 2015. The duo, who had previously collaborated under their Artirial moniker, decided to join forces for a one-off experimental EP titled ‘Through The Winter Woods’. The result was a gorgeous collection of drone compositions – a dense layer of field recordings, synths and guitars that have been processed through a spacious, distorted reverb.

9T Antiope, an Iranian-French duo (Nima Aghiani and Sara Bigdeli Shamloo), are one of my favourite discoveries this year. Their brand of left-field, avant-garde electronic music juxtaposes expansive glacial soundscapes with a husky vocal texture that betrays longing. ‘Metaphase’ is a minimalistic arrangement that is carried by a hypnotic melody – played on an overdriven violin that floats around layers of distorted field recordings – vividly portraying the dystopian world envisioned by 9T Antiope.

This little-known, Mumbai-based producer has been flying pretty low under the indie-scene radar. Otherwise known as Mounaeir Kiers, Spankeol has been pretty prolific over the past year – releasing four diverse albums/EPs within that timeframe. Sonically, ‘Mumbai Madhila Nirasa’ is a sublime throwback to early Pavement – California’s critically acclaimed indie band that helped pioneer the first wave of lo-fi music in the early 90s. Layers of discordant guitars swirl around each other – fighting for space in the strident atmosphere created by the secretive producer. Spankeol’s abstract arrangements keep you on your toes – constantly oscillating between structures that are central to experimental jazz and post-punk music.

The cult of Jhumri Telaiya, a small town in Jharkhand, was primarily formed due to its citizens affinity for broadcast radio. Between the 50s and 80s, the residents of Jhumri Telaiya bombarded Radio Ceylon and Vividh Bharati with postcards containing their song requests – a phenomenon that bestowed the small town with nationwide fame. Today, it is (allegedly) home to one of India’s best sample-based beatmakers – Babloo Babylon. Babloo’s mixtape, titled ‘xx babloo xx’, is a groove-laden masterpiece loaded with rare samples and minimalistic beats that keep you coming back for more. One of the defining characteristics of this mixtape is the flow – Babloo effortlessly manipulates his varied layers of sound to create a record that is consistently engaging and cohesive.

Patna-based producer brnsctr, aka Abhinav Singh, is one of the few Indian artists that understands the effectiveness of restraint. ‘King Brain’, Singh’s stellar debut mixtape, was one of my favourite releases in 2014. ‘Artless’, his recently released sophomore effort, is another collection of expertly crafted art-hop beats. Singh provides his listeners with the freedom to choose their level of engagement – an innovative strategy that creates multiple narratives for his audiences to explore. However, he does have a few provocative tricks up his sleeve that creep up on you. ‘SUITE B. BE KIND PLEASE DIE’ is one of them. An outlier in the grand scheme of things, this beat is an earth-shaking, bass-heavy monster that any MC worth his salt would love to jump on.

Scruffnuk Dust is one of the best sample based beatmakers in the world. I first came across this enigmatic producer while I was trying to scramble together some pitches for an editorial meeting. The Mumbai-based (a few blogs speculate that he’s from Japan) artists’ third release ‘Crates and Mindstates’, was listed as one of the best-selling albums on Bandcamp in 2015. Yet, despite his success, no one in the scene had heard of him – he was, and remains to this day, a ghost. Scruffnuk’s beats are overflowing with rare samples of vintage Bollywood, soul and funk records – meticulously brought together to create an absorbing aural experience that is, from the outset, delightfully thought-provoking.

Baroda-based singer-songwriter/producer Shashwat Bulusu has been pretty sporadic with his creative output. His latest release ‘Lizards, Mosquitoes and Bukowski’, is an atmospheric, slow-burning composition that, despite its unobtrusive nature, absorbs you. Bulusu’s high pitched drawl – generously treated with an airy reverb – is layered with a simple, understated synth to create a delicate, ethereal soundscape. Based on this showing, Bulusu is an artist to keep an eye on.