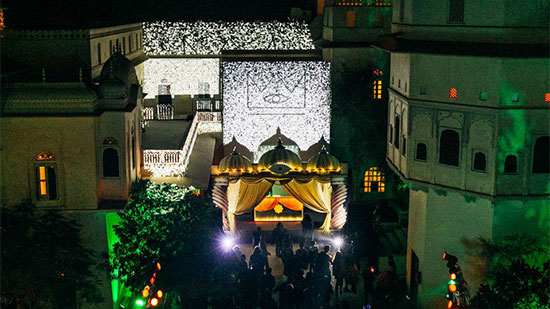 In 2014, Border Movement expanded its scope to include more than just music. Its aim was to connect visual and digital technologists from across South Asia to form a network that could exchange information and ideas.

This began with a Visual Lab at Pettah Interchange in Sri Lanka, which was guided by the German digital-visual collective Pfadfinderei. Pfadfinderei mentored five young visual artists from South Asia, and took them to Berlin to experience and study the art in more detail. Since then, the new regional collective has been collaborating and exchanging knowledge. They created unique content for Magnetic Fields in 2014, and will return this year to to present new ideas through live visuals at the festival. 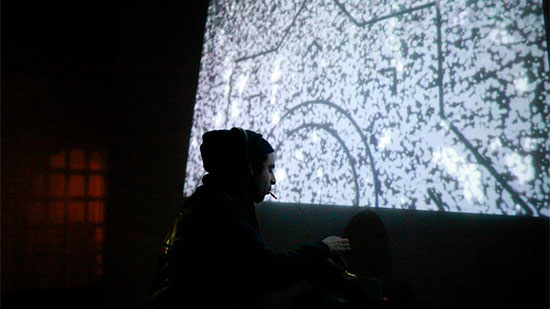 The German connect doesn’t end there – four artists from the country will perform at Magnetic Fields 2016: Roman Flügel, Helena Hauff, Chilean-born Flako and Matias Aguayo. They will be joined on the lineup by Berlin-based Englishman Call Super.

The legendary Flügel, one of Germany’s most acclaimed and influential electronic music figures, will perform in India for the first time at Magnetic Fields 2016. Thoughtful, euphoric, challenging – and occasionally terrifying – Flügel’s music invites its listeners to experience a broad spectrum of emotions, confronting a variety of unconventional sounds and rhythms on the dancefloor. He will perform on the Red Bull Music Academy North Stage.

Flako, who was born in Chile but grew up in a small town outside Frankfurt, will return to India nine months after his March tour, which took him to Bangalore, Delhi, and Mumbai. Expect his sunny combination of textured two-step and joyful hip-hop on the South Stage.

Helena Hauff’s rise up the Resident Advisor poll continued this year — she ended up at #31, joining Nina Kraviz and The Black Madonna as the only women in an overwhelmingly male-dominated top 50. The Hamburg-based DJ and producer’s sets expertly combine industrial body music, acid house, and celestial techno into a visceral but educational dancefloor journey. She will perform on the Red Bull Music Academy North Stage.

Matias Aguayo loops his own effusive vocals over the tracks he selects to create a hybrid live/DJ set that is rustic, folksy, and tribal. Combining Latin and African rhythms with futuristic, postmodern sounds, he is a singularly unique performer and genuine showman — unsurprising given his background in the theatre. He will also perform on the North Stage.

The unassuming Joseph Richmond Seaton, or Call Super, will take over the Resident Advisor Underground stage for his signature brand of propulsive 4×4. The selectors sets can include disco throwbacks, driving house, hypnotic garage, and melodic techno — different styles, united by the warmth of their message.

Border Movement’s partnership with Magnetic Fields began in 2013, when the Goethe Institut sponsored the performance of the festival’s inaugural headliner, Robot Koch. It was a major step in the fulfilment of Border Movement’s mission, which is to network electronic music communities across South Asia with their global and German counterparts. It seems to be working; Robot Koch collaborated with Curtain Blue after catching his performance at Magnetic Fields 2013.

Last year, Border Movement and Thump joined forces for the Forever South vs. Consolidate secret party. The showcase marked the first time Indian and Pakistani collectives had performed side-by-side at a festival. While most attendees slept, the crews’ selectors enraptured the energetic audience that had gathered beside the Alsisar Mahal pool.

“I think the most important bit for me was just getting to meet Bilal Nasir Khan (Rudoh) and Asfandyar Khan (TMPST) of Forever South,” said Rahul Giri (_RHL), of Consolidate. “I really admired all the work they’d been putting out. To a certain extent, Consolidate was inspired by Forever South, so it was just really amazing to meet them, hang out, talk about music, and bitch about our respective scenes! The fact that the party went down so well was an added bonus. It was probably one of my favourite gigs — I felt a lot of love.”

The Consolidate and Forever South showcase was one of 2015’s highlights. And for the first time at Magnetic Fields, we got a sense that an intimate, cross-border musical community was being created.

This website stores some user agent data. These data are used to provide a more personalized experience and to track your whereabouts around our website in compliance with the European General Data Protection Regulation. If you decide to opt-out of any future tracking, a cookie will be set up in your browser to remember this choice for one year. I Agree, Deny
674