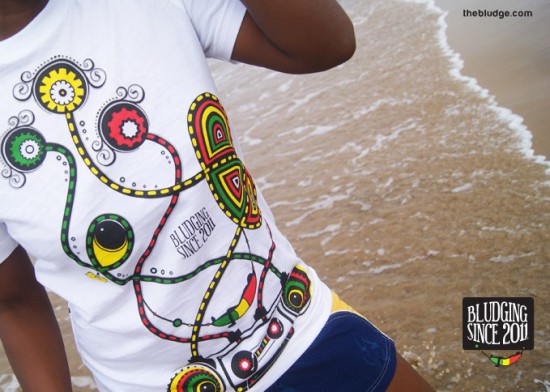 The changing landscape of the Sri Lankan music scene has given its own industry a much needed shot of adrenalin. It’s gone on to influence other creative disciplines from visual arts to fashion design, filmmaking and multi-disciplinary work unlike never before, making this tiny community almost too vibrant to be kept underground for much longer.

Arrvinda Salwatura and Shehara de Silva (Sala and Bludgy) were well settled in the world of advertising in Sri Lanka for many years. What came with it were all-night vigils at work, churning out yet another advertising campaign for yet another brand of soap.And the music that went with that world–dim-lit, Colombo pubs with covers bands and pop-music playing DJs – formed their entertainment life.

Around this time, the likes of Asvajit, Twigs and Geve started to change the beat and by chance Shehara and Arrvinda found themselves in the middle of the tiniest of underground movements.

The continued frustration with their lives ceased to make sense and almost immediately, they handed in their resignations. 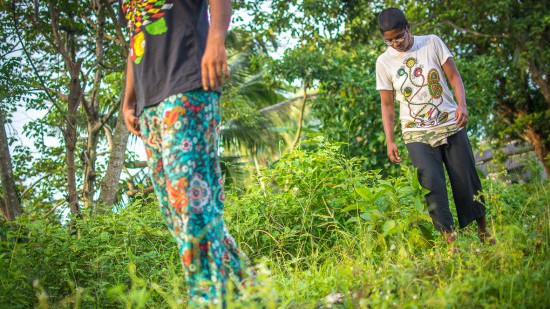 The Bludge was born. A design brand that spoke of island vibrations and a higher state of consciousness, with t-shirts as their first canvas. In a matter of weeks, a random DJ or two began to wear Bludge at their gigs. A couple of months later, a few t-shirts were scattered around in motion on a makeshift dance floor on the sand.

Strange designs to the naked eye, I suppose Bludge was never meant for everyone – only for those whose eye had been attuned to lookingbeyond what you first see. Intricate, loud and symbolic; their first five designs were a fast hit with the party scene. 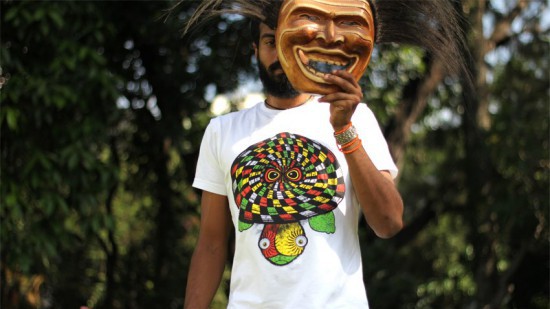 As the t-shirt label grew into a familiar brand, the Bludge way of life also found new manifestations. Bludge Lounges were being set up at parties; psychedelic away spaces and smoking lounges that would allow people some time away from the manic pace. They began to work with other artists (interior designer Jay De Alwis and installation artist Prageeth Manohansa), using primarily waste products and recycled material – the combined efforts turned these lounges into awakening places for each visitor.

8 designs and 3 lounges later, the Bludge brand went on to host their own season opening party, bringing together their favourite Sri Lankan DJs, with signature Bludge décor and installation pieces from lamp shades to prints and backdrops. This expanded their repertoire even further and they began to set up stalls at other parties and local markets selling a range of aesthetic produce, including other artists’ work.

This same year, the Hamburg-based Mushroom Magazine invited Bludge to design their front cover, increasing the brand’s exposure and continuing their psychedelic design journey. Many DJs from homegrown Asvajit to the iconic Boris Brecha and Kamindanda were now donning Bludge. 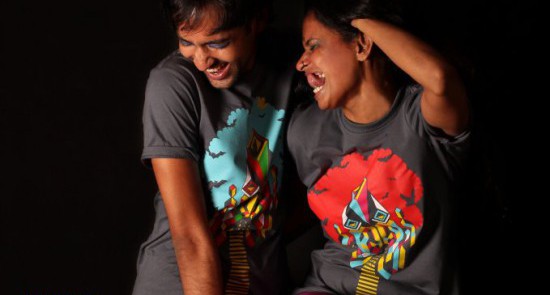 The rapid changes and additions to Bludge seem to be the antithesis of fear; come 2014 they were ready to say goodbye to Colombo and move to Hikkaduwa on the Southern coastline, setting up The Bludge House, a home-stay and retreat space for other artists and like-minded souls for the first half of the year. 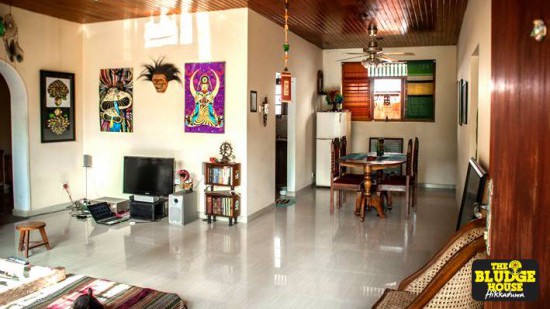 The second half of the year saw them travel further South to set up The Bludge Corner, a restaurant and chill space located on the best part of Unawatuna beach and in the heart of party life. What made The Bludge Corner different was evident from a mile away. The tacky places that decorate Una Bay only served to make this place that much cooler and way more real.

They also went on to paint many walls and café interiors while they ran The Bludge Corner, spreading their signature vibrations to their surroundings. 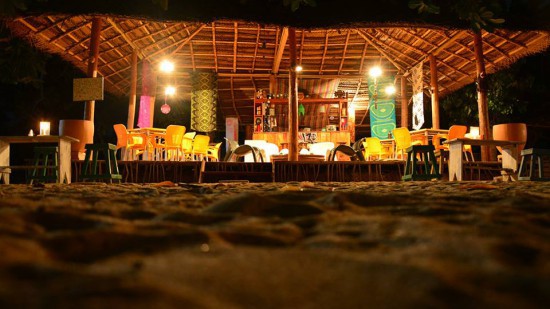 You’d think the Bludgers had finally settled down into idyllic circumstances, but no. They closed down the Bludge Corner early this year and are now travelling up the North West coastline, considering making the remote and mythically referenced Mannar Island their new home base.

Bludge was never just about fashion or selling t-shirts, although they count 12 sold out designs to their credit. There was more to what the music had done for them. 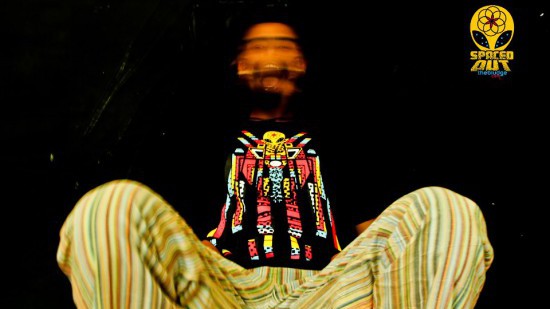 “Music and visual arts go hand in hand. The music we listen to always found a way into our designs.” They tell me. “And these days it’s mostly psychedelic music. For a country as lush as Sri Lanka, the global trend psychedelic music is moving towards really works. Take the Boom Festival for instance –more than partying, it’s a way of life. You get to work as a part of a community dealing with waste management and other issues while enjoying great music”.

This makes perfect sense with what’s in store – Bludge is now planning an off-the-grid community for artists, musicians and those who want to learn life skills that they’d never learn doing a nine-to-five.

But that’s just one side of the coin. Call me a dreamer, but I’d like to think it also plays its part in creating better human beings. Ones that actually care for the planet they live in and go uninhibited to where the music takes them.