Behind The Scenes With Lahore Music Meet Founders Natasha & Zahra 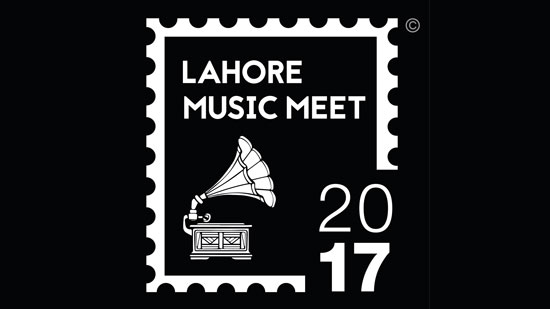 In pursuing this article I was promised golden Labradors. A pair.

This offering, from Natasha Noorani, was made in the advent of a missed deadline, that if Ms Noorani failed to deliver her two cents on the Lahore Music Meet photos we had sent her by end of work, she would freely offer her pooches, puppy dog eyes salving our bruised punctuality.

The deadline (unfortunately for the labs) was missed, but while the offer of two dogs (air mailed to us) was tempting, their owner was hard to blame – “I haven’t had a day off since January 21” – and rightly so. 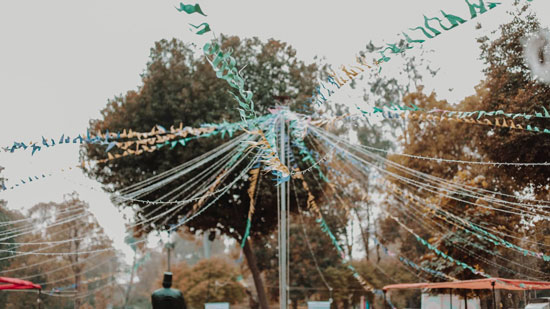 Natasha and partner Zahra Paracha are the duo behind the Lahore Music Meet, an annual 2 day festival now in its third year. As one of Pakistan’s few music festivals, LMM has earned its stripes, becoming the de facto showcase for homegrown indie talent. Held over an agreeable weekend in March, the festival boasted an impressive lineup with the likes of industry stalwarts Ali Azmat and Sajjad Ali, indie and electronica fixtures Poor Rich Boy and TMPST and up and coming talent like rapper Abid Brohi and electronica wunderkind Abdullah Siddiqui.

Of course, our interview with the ladies came after the festival ended on a high note but being the founders/organizers of the festival is not the only cap they respectively wear. Busy with producing this year’s instalment of the celebrated Coke Studio, Natasha’s new role as Director of Production had her schedule undeniably packed while Zahra had her hands full playing session guitar for Sikandar Ka Mandar.

So while we’ll satisfy ourselves with pictures of Luddu and Jalabi (the golden labs), the LMM founders gave us some behind the scenes insight from this year’s festival. 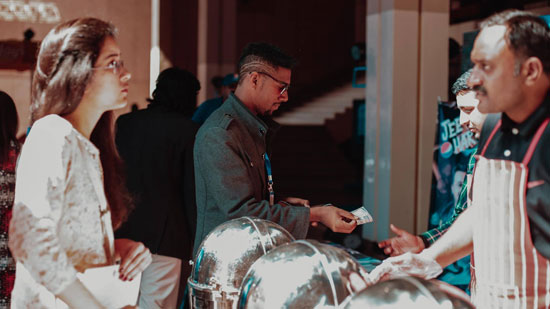 Abid Brohi at the ‘Awesamosas’ stall

Natasha Noorani: Probably one of two artists at LMM that I unabashedly fan-girled. Requested him for a picture and everything! He’s got some serious star power and a lot of skill. Also very humble! He don’t need no protocol. He can buy his own damn Awesamosas! 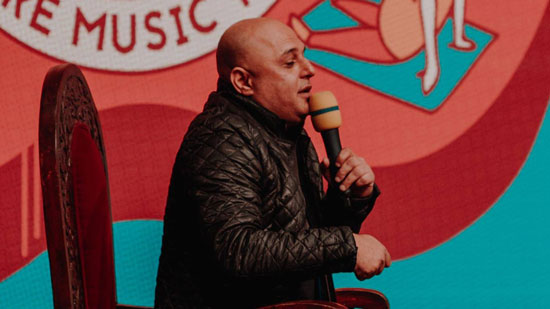 NN: I had SUCH a great time moderating this session. I walked in expecting rockstar ramblings where we wouldn’t get a single question answered. But Ali Azmat managed to drop some serious wisdom bombs. He highlighted how the power of large audiences, touring the world and playing gigantic venues can lead some to go astray and fight for relevance. We discussed how the pursuit for relevance is often the downfall of musicians all over the world. 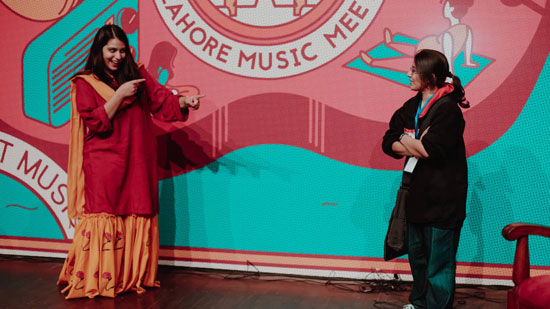 NN: We’re a goofy duo and that’s what works. How often is it that you get to do an entire music festival with your best friend? We put that friendship at stake for the festival. We’re often arguing for the preceding 4 months so once we actually get to the LMM stage, we always take a minute to take in our surroundings and what we’ve accomplished.

Zahra Paracha: Natasha and I have an amazing work dynamic where we make up for each other’s strengths and weaknesses. And when LMM work gets to be too daunting and overwhelming, we help each other chill out. We help each other grow into the people and professionals we aspire to be. During and after LMM, we have these moments where we just take a breather to reflect on what actually happened, and just say “We did it, buddy” to each other. 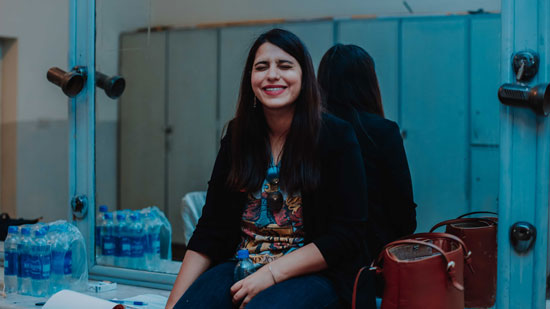 NN: I am an awkward pose.

ZP: When Natasha and I first met, I realized we had three interests in common: music, dark humour and food. I’m lucky I found that in a person who is willing to do a music festival with me every single year despite the ups and downs we have to face during the planning stages. I wouldn’t be the musician or person I am today if I hadn’t met her back in college. At this point, I consider her family because of all that we’ve been through together as best friends, band mates and festival organizers. 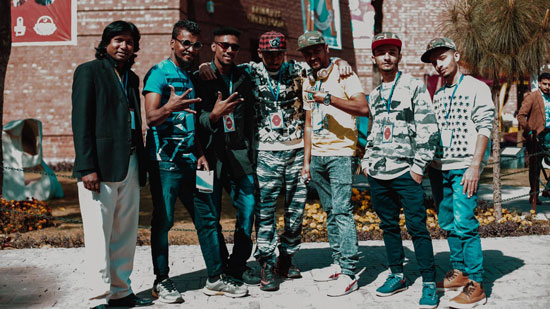 NN: Really one of the highlights of the year. Props to Patari for starting something new, something fresh. Scouting new musicians is so essential! I did my college thesis partly on the Lyaari Rappers so it was a pleasure getting to meet them! Serious musicians! 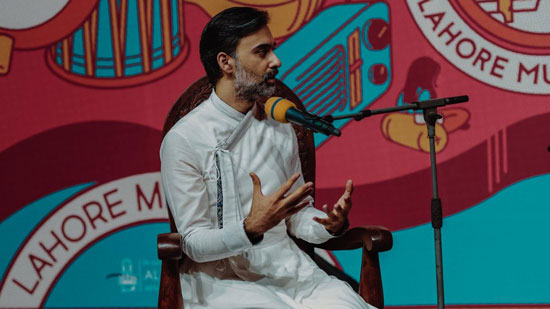 NN: It’s crucial to study the relationship music has with other performing arts. Rehan is a force to be reckoned with and gave an insightful talk and performance moderated by Asad Khawaja. 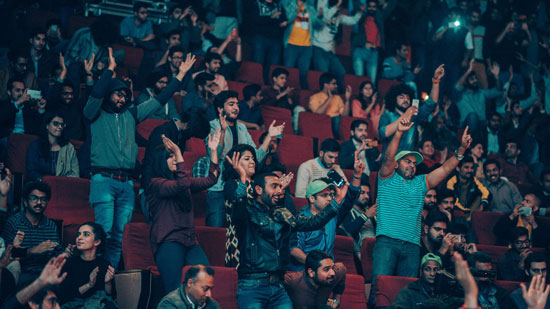 The crowd going crazy over the performances in Hall 2

NN: One of our most disappointing moments was finding out our NOC (No Objection Certificate issued by the local authorities) didn’t allow for our signature outdoor stage set up. We had to shift everything to Hall 2 which turned out to be an experience on its own. Our showcase found a new home in the mood lighting and seating of the hall giving it a completely different vibe. 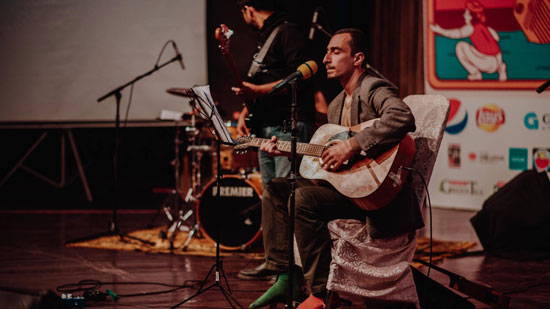 NN: This was the first time we had Poor Rich Boy performing at LMM. We were beyond stoked to witness the new line up and see how they fared in Hall 1. By the end of the evening you had fangirls and boys singing along to good old indie classics like ‘Alice’! 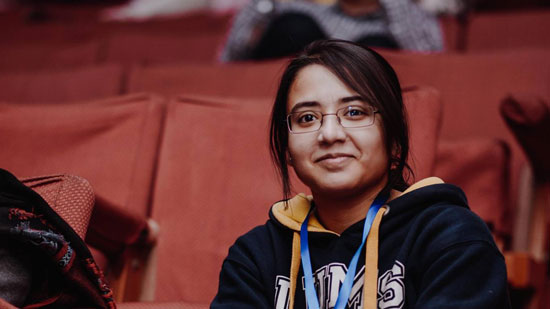 NN: Queen of my heart, festival director, technical director, sound engineer and boss man of Lahore Music Meet. I’m so glad someone managed to get a picture of her! It’s taken 3 festivals and this is the first time we’ve gotten a picture of the elusive creature that is Zahra Paratha

ZP: Before the festival, Natasha ordered the photography team to capture my face during this LMM because I always manage to hide behind the mixer. Kudos to those guys for managing this shot despite my shenanigans. 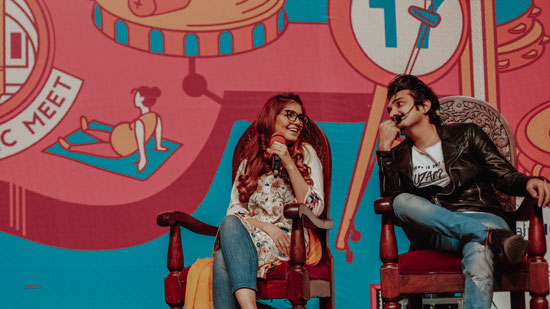 ZP: We tend to forget fame has its own responsibilities which can be painful to go through on your own. Momina and Uzair provided a unique insight into the world of an emerging artist in Pakistan. Though I wasn’t in that hall to witness this, I heard Uzair had a violinist ready on cue to perform which I thought was an amazing shashka (added touch) to have. 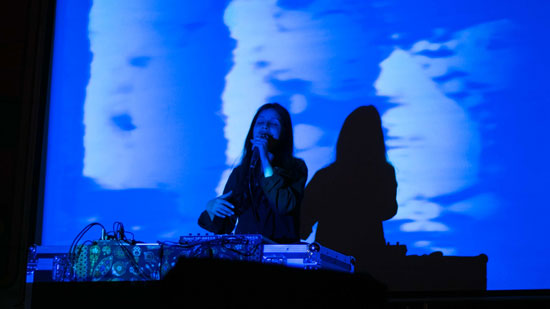 ZP: Slowspin is not the conventional mainstage artist that Pakistani audiences are normally accustomed to. But when she performed the first night of LMM 2017 with accompanying visuals and sound design, she stunned a full house. 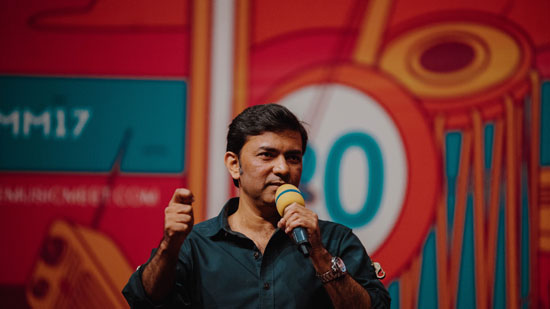 ZP: One of the most remembered talks from LMM 2017 was Sajjad Ali’s discussion on life and music. Many people often overlook that apart from possessing a talent, artists also have a wealth of knowledge from their experiences. Sajjad Ali spoke about those experiences and gave advice to all the upcoming and aspiring artists in the audience. 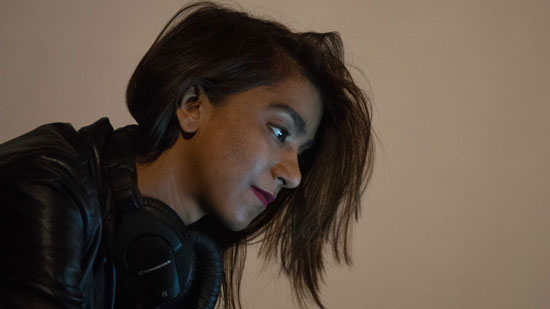 ZP: Natasha Ejaz is an amazing artist and a wonderful human being. She formulated one of the most technically sound and comprehensive workshops on songwriting and her process for her album, ‘Stupid Happiness Theory’.