Who could imagine that the perfect tune could be found to the simmering movement of gay rights? It’s a sheer coincidence that singer Suman Sridhar chanced upon ‘An Evening In Gay Maharashtra’ and made it into an anthem. It was July 2013 when Sridhar assembled a band comprising keyboardist F A Talafarlal, drummer Vaibhav Wavikar, Anand Bhagat on congas, and Adrian D’Souza on percussions at the Bandra Base to record this song. The track was shot and recorded in one take and didn’t need editing, she quips. It seems that the time is now right and ripe for the song to become an anthem.

Naresh Fernandes, author of ‘Taj Mahal Foxtrot’ a book that traces the history of jazz in Mumbai, witnessed Sridhar perform the song earlier and noted: “she has a sharp sense of politics of placing art in the moment. I remember her singing this track at a concert right after Balasaheb Thackerey passed away and a girl was arrested for making a comment on Facebook. That stirred up quite some public reaction.” Fernandes recalls the original track having become popular in his childhood. “I recently chanced upon a cassette of the track in Chor Bazaar, digitised and gave it to my friend the queer activist Vikram Doctor, and he says that a remixed version of the tune is played occasionally at parties thrown by his Gay Bombay group.”

Saregama HMV apparently asked Mina Kava and his band Music Makers to write a song about Bombay. Kava had earlier sent a few songs to the label but the English lyrics penned by his wife Naju did not resonate with the public. Despite them having come up with ‘An Evening In Gay Maharashtra’, it was the popular ‘Bombay Meri Hai‘ that became a hit as it was released at the same time, albeit by another group named ‘The Jetliners’. 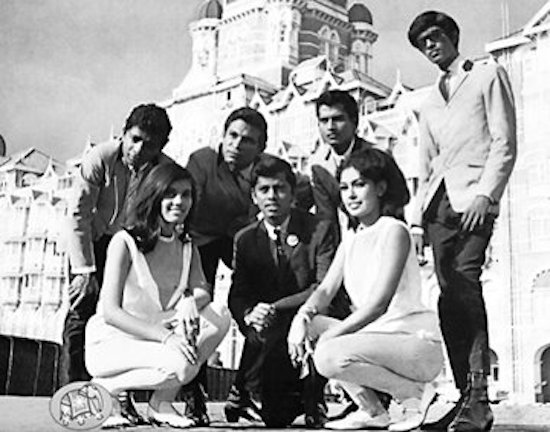 ‘An Evening In Gay Maharashtra’ has the jazz touch that so many other Bollywood songs we have heard do. The upbeat, sultry vocals, the tone, the trumpet – all of this gives one the feel of going to a ball. Naturally, a Bombay engulfed in its own affairs dealing with multiple issues ranging from middle-class struggles to political erraticness was unprepared for something as sophisticated as this.

These are the times when sexuality matters to the youth. It’s the time when media, especially the digital domain, is where all the action lies. And Sridhar captured the timing perfectly – she did not make a glossy video, nor did she over do the instrumentation. It was a no-frills affair. The result is effective of course. A supporter of the gay rights movement cites: “music is the best way to address socio-political issues to the public. Let’s face it – today, no one has the time or the bandwidth to read the papers or magazines. And India is a country where music is the core part of the cultural fabric. People needed an anthem, they got it.”

Fernandes tends to agree with the view as he calls the cover version a sharp parodist take on the contemporary situation. Funny and satirical, it merges with the social fabric seamlessly, he believes. The setting of the song also plays a crucial role for it to sound convincing. There is an Indian flag with the backdrop being that of a typical Maharashtrian function. Sridhar is dressed in a koli blouse with ornaments befitting her get-up. Also, she looks unabashed as she whistles, hoots and intonates in the typical Marathi mulgi manner.

Veteran jazz musician Sunil Sampat comments, “Gay back then meant having a fun time (still does today in a vastly different context) and it might have been just another corny song. Today, our young folk will look for a naughty twist -or provide one of their own! So success for Susan is guaranteed!”

At the end of the video there is a ticker that says, “Say NO! to IPC Section 377 ” It is at that point you wake up and realise – this is a national issue. Though the song has its focus on Maharashtra, the message is relevant to the whole of India. Sridhar herself supports the view saying that she is lobbying for a “happy and gay India.” The song definitely has a feeling that will appeal to a larger mass but whether or not it will stay in public memory for a long time waits to be seen. After all, this is not the first time that a movement has lost momentum. In gay Maharashtra, and India as a whole. As Sampat asserts, “music certainly conjures up very successful subjective emotions. There is a personal connect that is almost subconscious. I think music catalyses ones mood.” 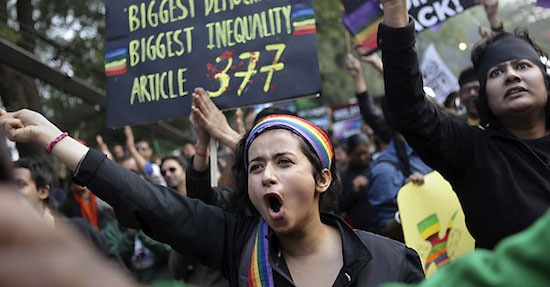