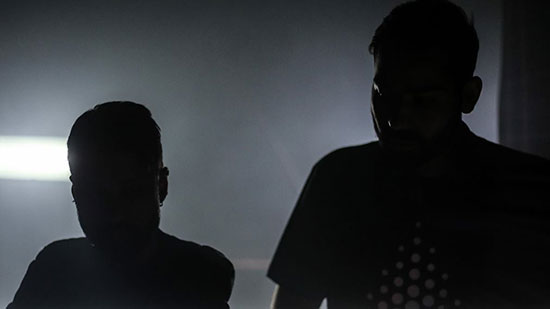 In Germany, techno thrives amidst contradictions. It exists within the walls of a former church where audiences indulge in decidedly unholy activities. It’s where pot smoking sixty-year-old men – wearing Grateful Dead t-shirts – dance alongside young adults consuming speed that’s provided by boys sporting the latest looks in grime/fanny pack fashion. It’s anti-establishment – refusing to give in to the trendier, more expensive clubs that are looking to co-opt the community, and maintained a strong DIY ethic in its functioning. When I moved there, it’s one of the first communities that welcomed me without prejudice – no one questioned or was threatened by my identity – none of the racial profiling that greeted me at other places existed here. This environment led to the creation of a sound that relied on harsh, industrial textures and laid bare the socio-political and cultural fracture that existed in a society that was brought up in the Cold War era.

It existed as the polar opposite to what I knew about and had experienced, the techno scene in India. In the past, as part of a scene that is largely driven by the commercial preferences of middle-to-upper class audiences, I’ve struggled to see the value of Indian techno within the larger context of its contribution to the cultural output of the country, and to re-evaluate my presumptions about the way we equate our consumption of techno with it’s socio-political beginnings.

“Most artists over here are playing music that’s ‘safe’,” says Dale Chung, one half of Delhi-based industrial techno duo A Birth Defect. “These days, people are getting into the sounds of labels such as Drumcode and other experimental artists, which hopefully manifests itself in a long-term manner rather than a trend that the audience has jumped on.” Chung, who started A Birth Defect alongside Lakshay Kapoor, is the driving force behind my desire to explore the evolution of Indian techno, and why it stands in stark contrast to its German counterpart. In 2017, the duo debuted their production with a stellar release on Dutch label Otomo Trax and quickly followed it up with ‘New World Alliance’ EP (released on Archivio 01), one of the best Indian releases of 2018.

The record captured the lurid restlessness of the atmosphere I experienced in Hamburg’s clubs and was unlike anything I’d ever heard in the Indian techno circuit. An outlier in the country’s techno catalogue, ‘New World Alliance’ signalled the arrival of a raucous, pulsating sound in the club circuit. 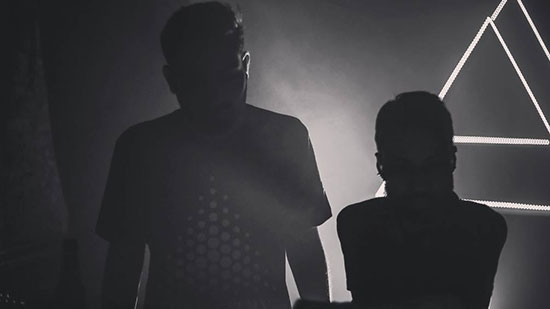 Both Chung and Kapoor grew up in Delhi, with the former dropping out of school at an early age and pursuing a career as a professional dancer. “I switched to DJ-ing in 1999, and got into production a bit after that,” says Chung. “The possibilities to experiment that came with electronic music fascinated me, and the sounds of Bjork, Surgeon, Underground Resistance, Lfo, Coil, Prodigy, Underworld, Chris Clark, Sunn 0))), Moby and others pushed me towards incorporating newer sounds in my productions.”

On the other hand, Kapoor got into making music post-university. “I spoke to friends about my ideas and thoughts about electronic music, and eventually they convinced me to take up production,” he says. “I had no formal training, but I was fortunate enough to be mentored by good people who were able to guide me and help me achieve my goals.”

This year, A Birth Defect have built a stellar catalogue of releases on international labels – including Berlin-based Elements and Canada’s Raven Sigh. The songs are garnering international support – with Birmingham-born industrial techno artist Rebekah championing their sound. Despite their international success, the duo has hopes that Indian audiences will also appreciate their experimental sounds. “We’ve been trying to push these sounds for a long time,” says Chung. “We thought it’ll come around, but since it didn’t, we decided to start releasing our songs and start the process of introducing newer sounds in the circuit. Honestly, it’ll take a long time but the potential to grow is there.”

Dev Bhatia, co-founder of UnMute, one of India’s leading artist management and booking agencies, concurs. “Audiences are far more developed and open minded now in India,” he says. “There is an audience for all forms of music, no matter how niche it is.” Chung also cites the role venues and programmers have to play in the development of a thriving and techno community that veers away from the disengaged, commercial audiences that the music is usually marketed towards.

In India, music venues are virtually non-existent and the industry depends on pubs, restaurants and bars to program acts as a value-added entertainment service on top of their regular food and beverage operations. Therefore, events at such venues are usually marketed towards a middle to upper-class audience that will be able to afford and spend on their products. “When I started working with Jalebee Cartel in 2007, the techno scene was restricted to a few small bars and cafes, similar to how it is now,” says Bhatia. “In the past, clubs such as Elevate and Blue Frog helped push a non-traditional sound. These days, venues such as Auro, Raasta and Summerhouse Cafe are supporting the techno scene. I think it’s unfair to compare the German and Indian scenes, as the socio-political issues that their scene developed around were completely different. However, I think the failure in developing inclusive and diverse audiences is also a condemnation of the way the authorities treat nightlife in the country – it’s not a conducive environment.”

Chung argues that the stakeholders must play a more decisive role. “Whether you’re a venue owner, booking agent or an artist, you have a role to play in broadening the fan-base. The marketing around the music needs to change and help break barriers in the types of audiences we reach,” he says. “We need to take more risks to attract an audience that helps in creating a diverse audience that is actively involved in the development of the community.”

Has the Indian techno scene evolved beyond introducing new sounds? Is it too much to ask for us to re-evaluate the way we look at and consume a genre of music that’s dealt with the socio-political issues throughout its history? “I think we have a lot of fresh new artists that are exploring new sounds and offer unique perspectives coming through,” says Chung. “But we’re still some time away from creating and experiencing the kind of community you’re talking about. Hopefully, through our efforts, we can reach there.” Bhatia cites the arrival of word-of-mouth events such as WarpCore, Sheltr and others as evidence of a scene moving in the right direction. “There’s obviously a need to diversify our audience,” he says. “Currently, the gender ratio at gigs is around 70:30, so obviously we need to take steps to change these other issues that plague the scene and events such as these provide us with the opportunity to do that.”